Program is expected to more than double 2020's cohort with around 700 mentors and mentees
GamesIndustry International - 12th Apr 10:04 - Business, Marketing, Games, Is, Uk, And

How to integrate IP licensing into your marketing strategy

Clipwire Games' Mary Kaye Fraser explores IP licensing for mobile, and what studios should know before taking the plunge
GamesIndustry International - 7th Apr 10:04 - Marketing, Mobile, Strategy, How To, Games, The, Your, What, Licensing

Descenders to be Optimized for Xbox Series X|S This Summer

Hey everyone! It’s Pip here, marketing lead at publisher No More Robots, and I’m here to finally announce something that loads of you have been asking us for: Descenders on Xbox Series X|S! We’re thrilled with what the new Xbox consoles are capable of and are excited to bring Descenders into the next generation.
Xbox News - 31st Mar 21:03 - Xbox, Consoles, Marketing, Summer, No More Robots, The, Of, Robots, No, What, Descenders, New, Optimized, Xbox Series, Next Generation, Xbox Series X|s, Series, Next, You, Publisher

I'm delighted to announce that Felisha Dela Cruz has joined the team as a comments moderator. Felisha is part of our parent company RELX's marketing department that is based in Manila, the capital of the Philippines, and is moderating comments on Eurogamer as well as our sister sites Rock, Paper Shotgun, VG247 and Dicebreaker. So, a little bit about Felisha.
Eurogamer - 31st Mar 14:03 - Marketing, Comments, Is, The, Of, The Philippines, New, I, Shotgun 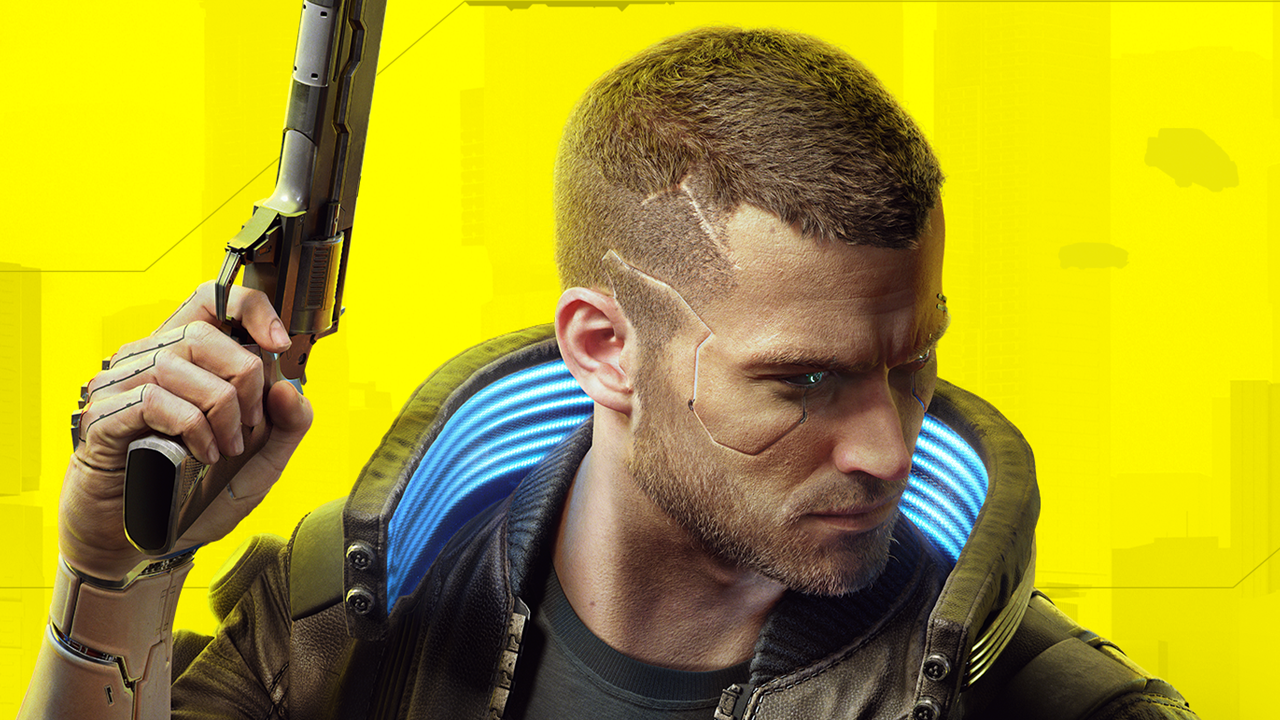 CD Projekt says it will change the way it markets its games after criticisms over Cyberpunk 2077's long, and some say, incomplete or misleading marketing cycle.
IGN - 30th Mar 17:03 - Cyberpunk 2077, CD Projekt, Marketing, Games, The, The Way, Cyberpunk, Cd Projekt, It

Tokyo Game Show 2021 will be online

A History Of Shareware, Demos And Covertapes

Five things to consider when building games for future players

Making marketing mistakes or the art of failing properly

At GDC Showcase, Innersloth's Victoria Tran explored the right way to approach failure, and what you can learn from it
GamesIndustry International - 24th Mar 13:03 - Marketing, Art, Mistakes, The, Of, What, GDC, Innersloth, Showcase, It

Five areas not to compromise when creating a game video

Xbox Smart Delivery Turned Out To Be A Pretty Big Deal

Starbreeze has signed a €50m publishing deal with Koch Media for Payday 3. The Swedish developer said Payday 3 is now due out at some point in 2023 on PC and consoles, and the investment will pay for development, marketing as well as more than 18 months of post-launch "games as a service" content. The deal means Payday 3 is "fully financed", Starbreeze said.
Eurogamer - 19th Mar 11:03 - PC, Koch Media, Media, Investment, Consoles, Marketing, Launch, Is, The, Of, Pay, Payday 3, Starbreeze

The growing interest in accessibility within game development isn't reflected in the marketing of the very same products
GamesIndustry International - 17th Mar 10:03 - Marketing, Opinion, Accessibility, Games, Is, The, Of, Game Development, Game, Products

I Expect You To Die 2: The Spy And The Liar returns to PS VR 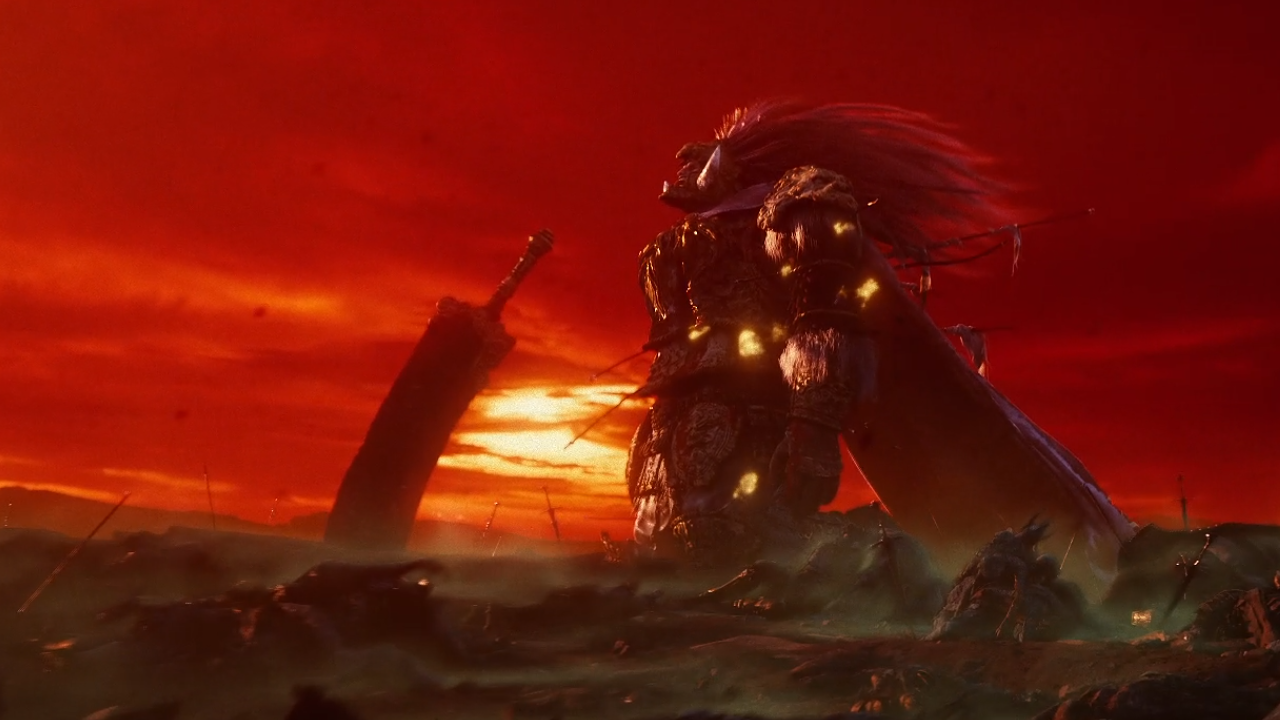 Xbox's Aaron Greenberg has addressed the rumour mill, saying there is "nothing coming soon" with regards to Xbox events that would feature big game announcements or world premieres.
IGN - 1st Mar 13:03 - Xbox, Rumour, Events, Marketing, Is, The, Nothing, Boss, Big, Announcement, Game

"If you're still marketing to white cis males, you're alienating more than half your players"

Welcome to Knockout City, the dodgebrawl capital of the world

The Legend of Zelda: The Wind Waker HD, Twilight Princess HD Will Probably be Announced in the Summer – Rumour

They may be in the minority, but Nintendo's most loyal fanbase is key to a long life cycle for the Switch
GamesIndustry International - 19th Feb 14:02 - Marketing, Nintendo, Nintendo Switch, Opinion, Is, The, Fan, Direct

It seems there's a strong desire for a fresh start in the marketing departments of the world.
Eurogamer - 12th Feb 11:02 - Steam, Sale, Marketing, Launches, The, Of, New, Lunar, It, PC 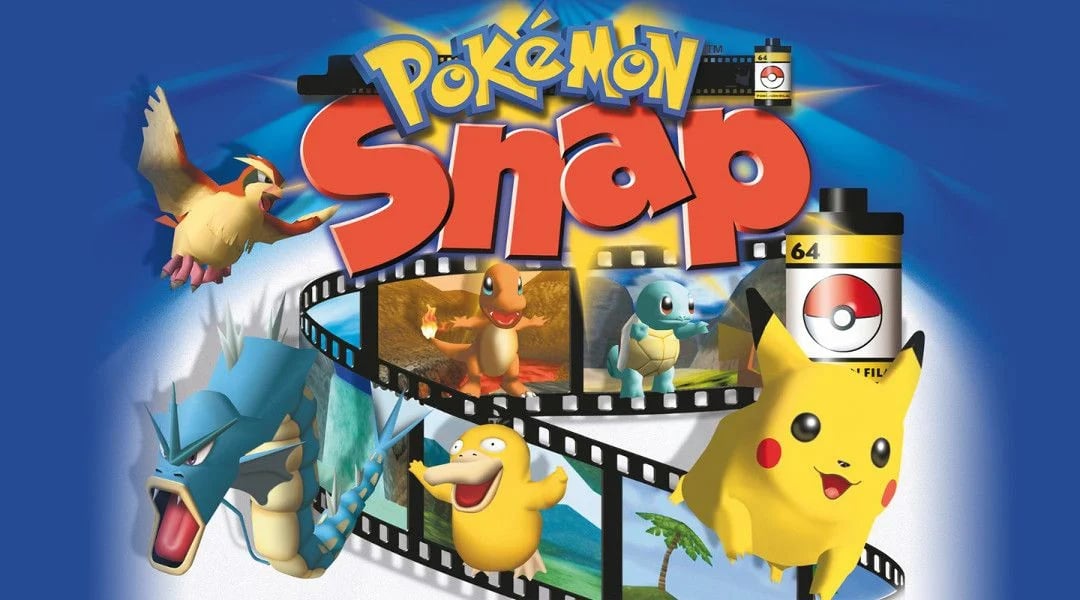 Video: How Pokémon Snap Replaced Its Blockbuster Collaboration On Wii & Wii U

Next slide please, professor. With New Pokémon Snap on the horizon, we can be sure many of you are itching to share the various photos you take around the new Lental region, but things weren't always so simple in the olden days. The original Pokémon Snap had quite a marketing campaign when it launched in 1999; in collaboration with Blockbuster Video, Nintendo introduced 'Pokémon Snap Stations' in participating Blockbuster stores around the world, allowing players to print their favourite shots from the Nintendo 64 game.
Nintendo Life - 11th Feb 21:02 - Nintendo, Video, Collaboration, Marketing, Wii, Wii U, The, Of, Photos, Horizon, Nintendo 64, Blockbuster, New, Game, Campaign, New Pokémon Snap, It

Five steps to boost your game's performance on the app stores

The Medium has already recouped production and marketing costs

Bloober Team informed Polish media that it was in profit one day after the game's launch
GamesIndustry International - 1st Feb 10:02 - Media, The Medium, Bloober Team, Medium, Marketing, Launch, The, Game, It

Bloober Team has recovered the costs of making The Medium less than a week after its release. As reported in Money.pl (thanks, Gamespot), the horror studio has sold enough copies of the slow-burn horror to recoup all development and marketing costs, even though it's a Xbox Series X console exclusive and is available for "free" for subscribers of Xbox Gass Pass. The horror game's lack of combat and jumpscares has polarised critics and fans alike, but nonetheless, it's the studio's biggest and most ambitious project to date.
Eurogamer - 31st Jan 14:01 - Xbox, Xbox Series X, The Medium, Bloober Team, Medium, Marketing, Exclusive, Horror, Is, The, Of, Combat, Fans, Console, Game, X, Xbox Series, Console Exclusive, It 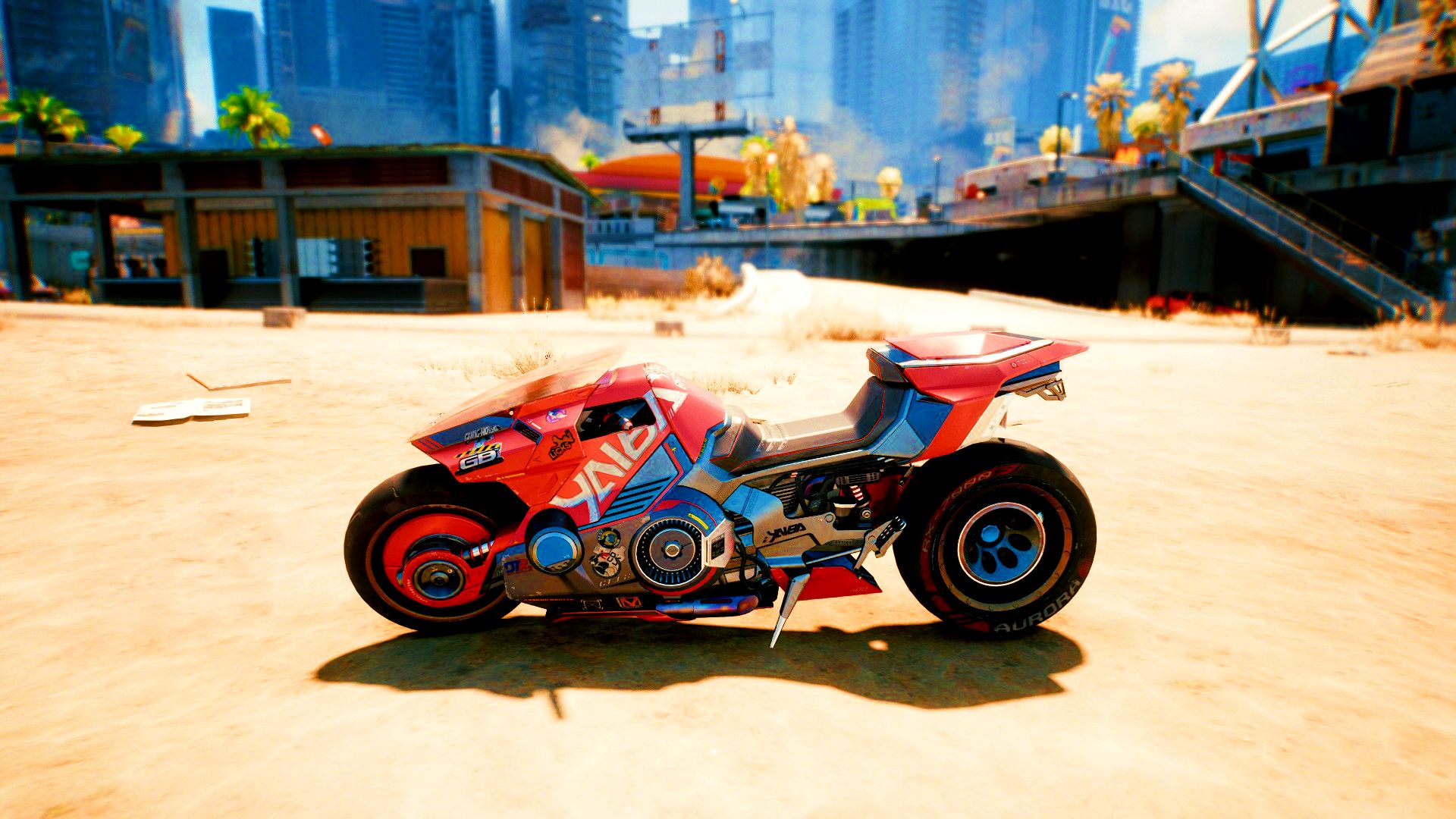 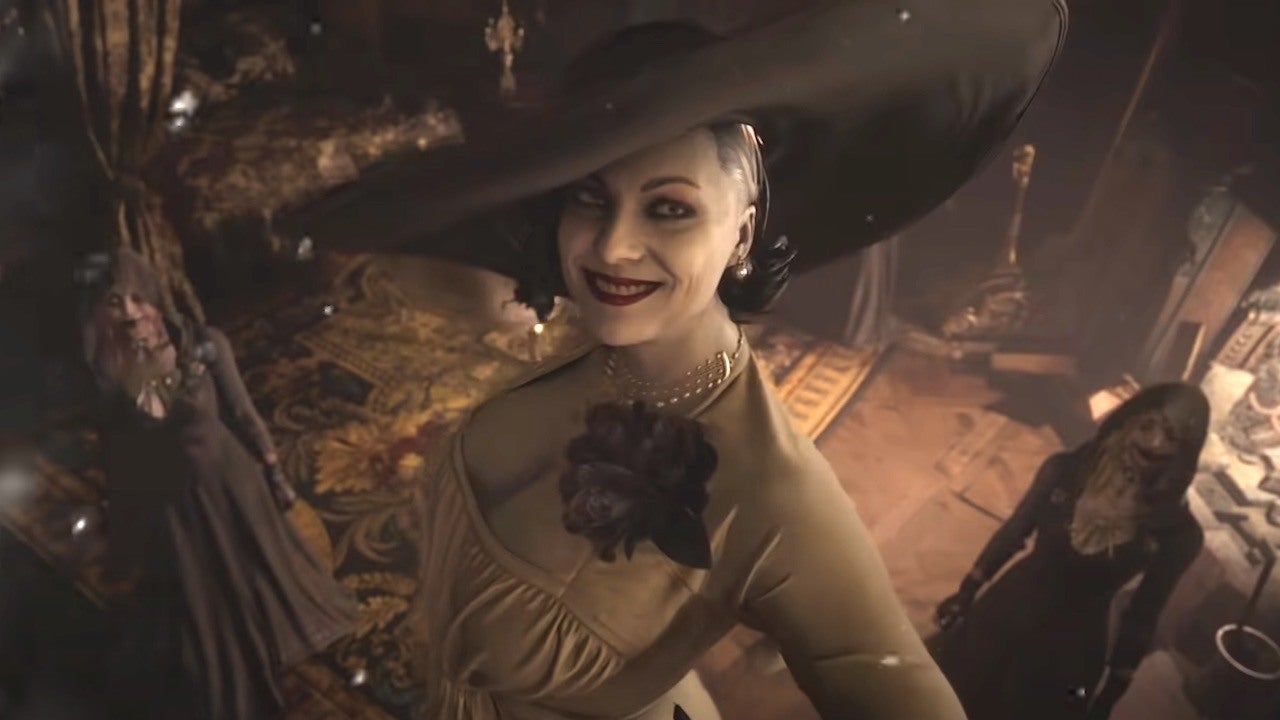 What's New on Netflix in February 2021

Netflix’s marketing department is excited to let you know that the streaming service will be debuting at least one new movie every week in 2021.
Kotaku | The Gamer's Guide - 19th Jan 17:01 - Service, Streaming, Netflix, Marketing, Is, The, 2021, What, New, Movie

Oxenfree dev: "Making a decision is just as important as the quality of the decision"

Night School Studios' Sean Krankel and Adam Hines talk about the studio's process and the importance of iterating on marketing messages
GamesIndustry International - 19th Jan 14:01 - Marketing, Is, The, Of, School

Cyberpunk 2077 Is Already Profitable, Per Developer 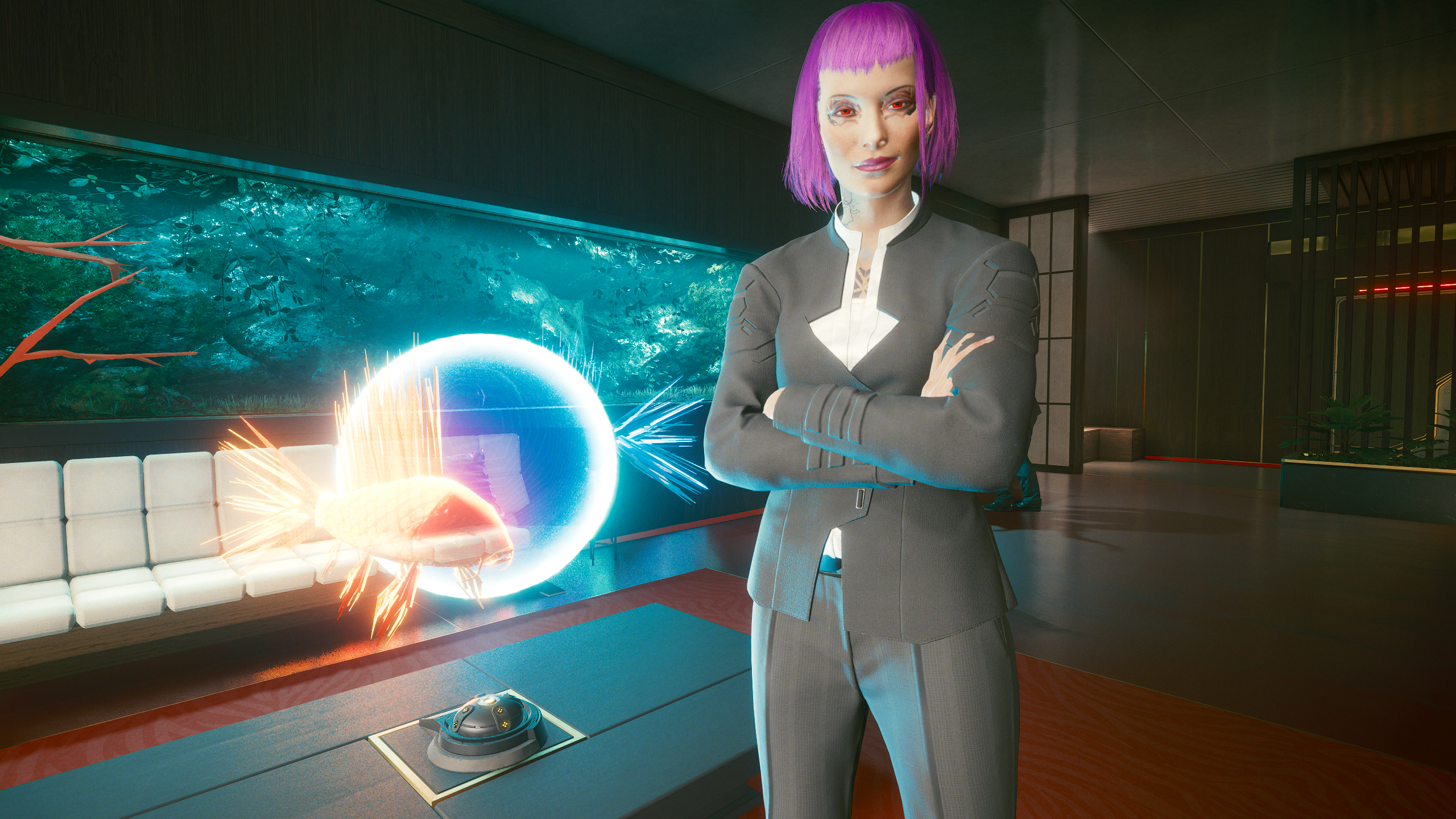 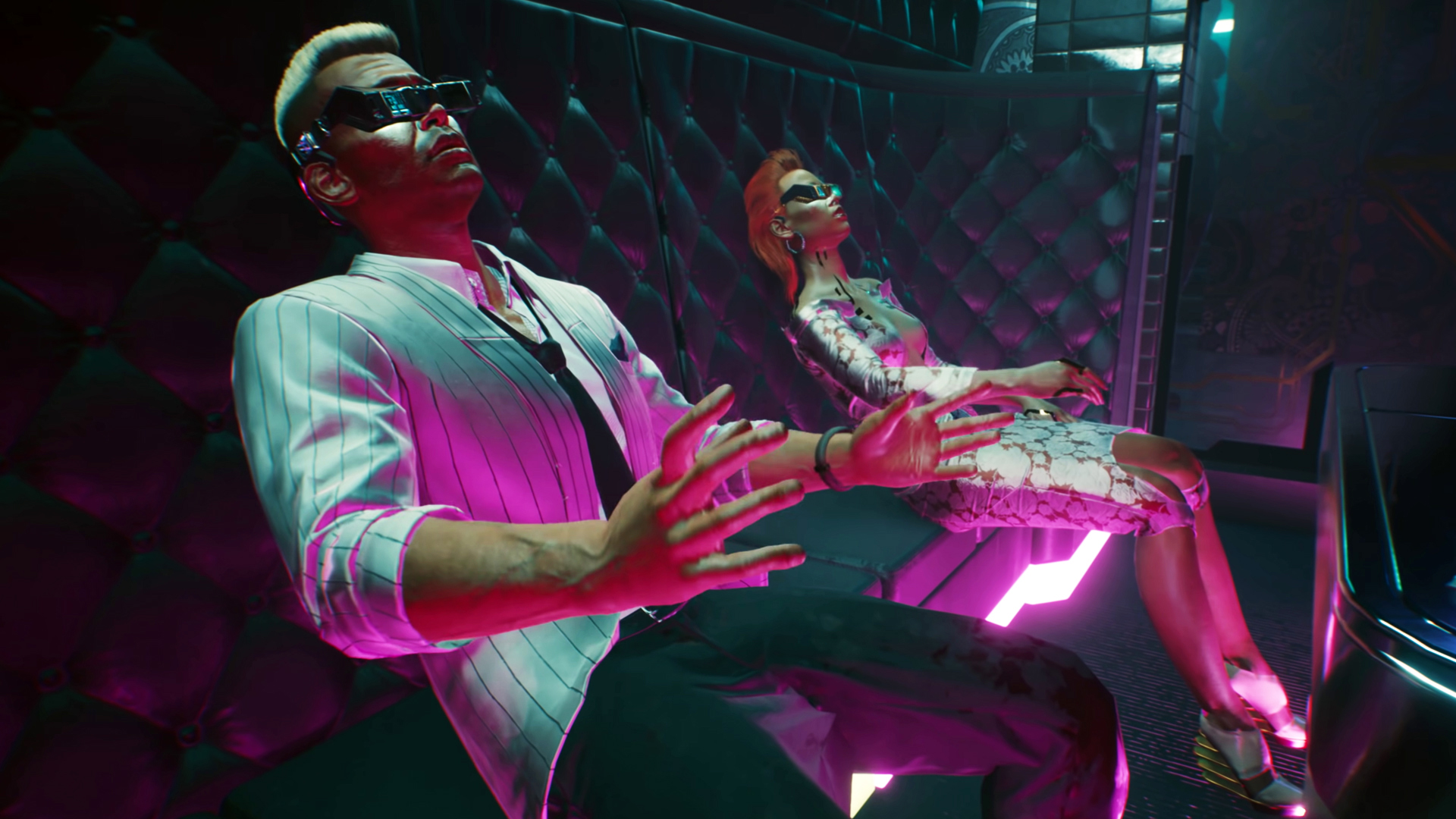 After eight years of development, Cyberpunk 2077 made a profit in one day

Cyberpunk 2077 launches with some real dystopia in tow | Opinion

Minecraft tops YouTube's list of most watched games of 2020 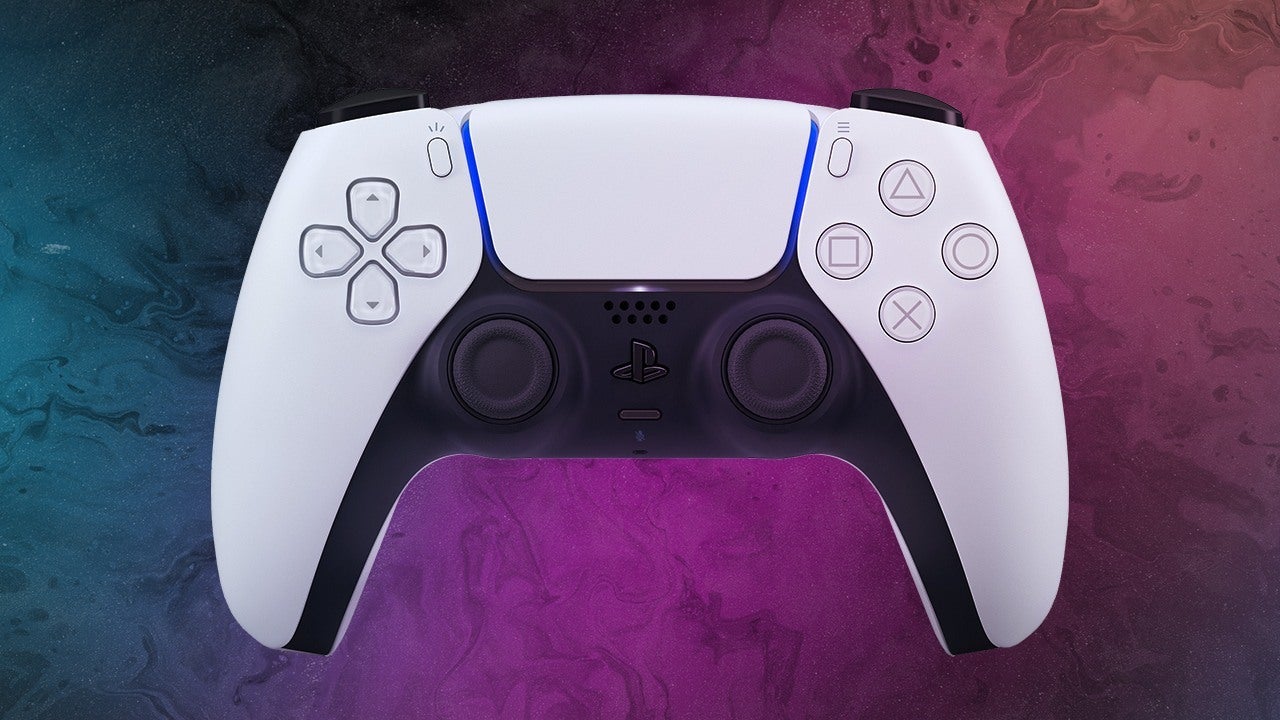 It looks like Kratos is joining Fortnite's latest season

Fortnite's latest season has been live for less than a day, but already there's confirmation that more than just Star Wars' Mandalorian and Baby Yoda will showing up to do a turn in Epic's cross-media marketing juggernaut (and battle royale game), starting with God of War's Kratos. The teases started over on the official PlayStation Twitter feed, which posted a short clip in which Fortnite's in-game overseer Agent Jonesy discusses doing some research on the next character he's bringing into the game - a mystery man who's "literally vanquished multiple gods with his bare hands in a fit of uncontrollable rage". If that rather heavy handed clue wasn't enough to tip you off to the character's identity, it wasn't long before Fortnite poster Hypex shared a number of images, one displaying the new Kratos skin in all its majestically bearded glory, and another of the skin being used in-game. Read more
Eurogamer - 2nd Dec 23:12 - PlayStation, Star Wars, Playstation, God Of War, Fortnite, Media, Live, Twitter, Battle Royale, Marketing, Epic, Character, Season, Is, The, Of, Mystery, Baby Yoda, Skin, New, Turn, Game, Yoda

The acquisition brings the number of Keywords' marketing studios to seven
GamesIndustry International - 25th Nov 10:11 - Business, Marketing, Media, The, Of

The ultimate guide to selling your indie game

No consumer is going to be enthused about a price rise, but 15 years of $60 has done no favours to either gamers or creators
GamesIndustry International - 20th Nov 08:11 - Marketing, Opinion, Is, The, Of, No, Price, Time

Argentina's gamers approach next-gen with uncertainty, due to escalating prices and the increasing difficulty of turning to the black market
GamesIndustry International - 19th Nov 11:11 - Marketing, Consoles, Next Gen, Difficulty, The, Of, Black, Piracy, Next Gen Consoles 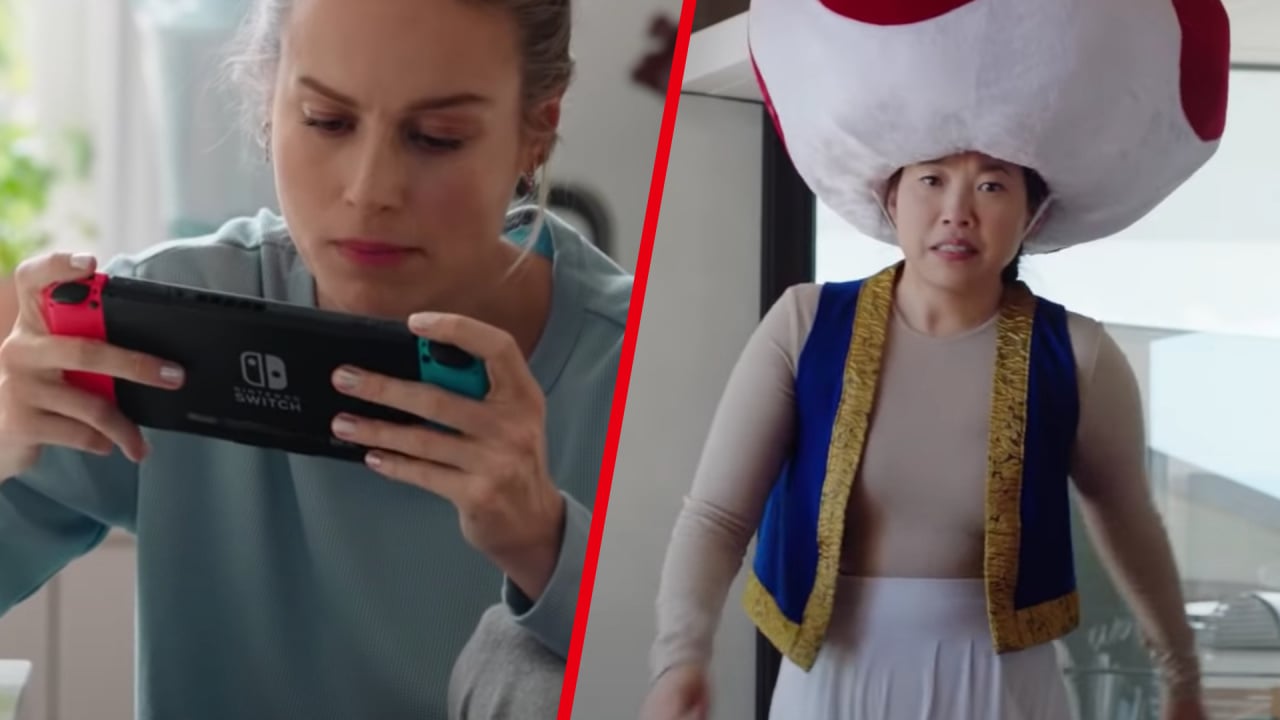 The stars show off why Switch is the must-have console. You could argue that any money Nintendo spends on marketing the Switch this Christmas is a waste, given that the console is selling like hotcakes and awareness is already super-high, but it's worth remembering that the hybrid system now has two next-gen rivals to contend with – and with that in mind, Nintendo has started rolling out the kind of wide-reaching promotional material that was commonplace during the heady days of the DS and Wii. Nintendo has enlisted the assistance of Hollywood star and self-proclaimed Animal Crossing fan Brie Larson for one of its commercials, where she runs through some of her favourite Switch games.
Nintendo Life - 18th Nov 11:11 - Nintendo, Animal Crossing, Nintendo Switch, Hollywood, Next Gen, Marketing, Games, Is, The, Of, Ds, Hybrid, Console, Fan, Why, Christmas 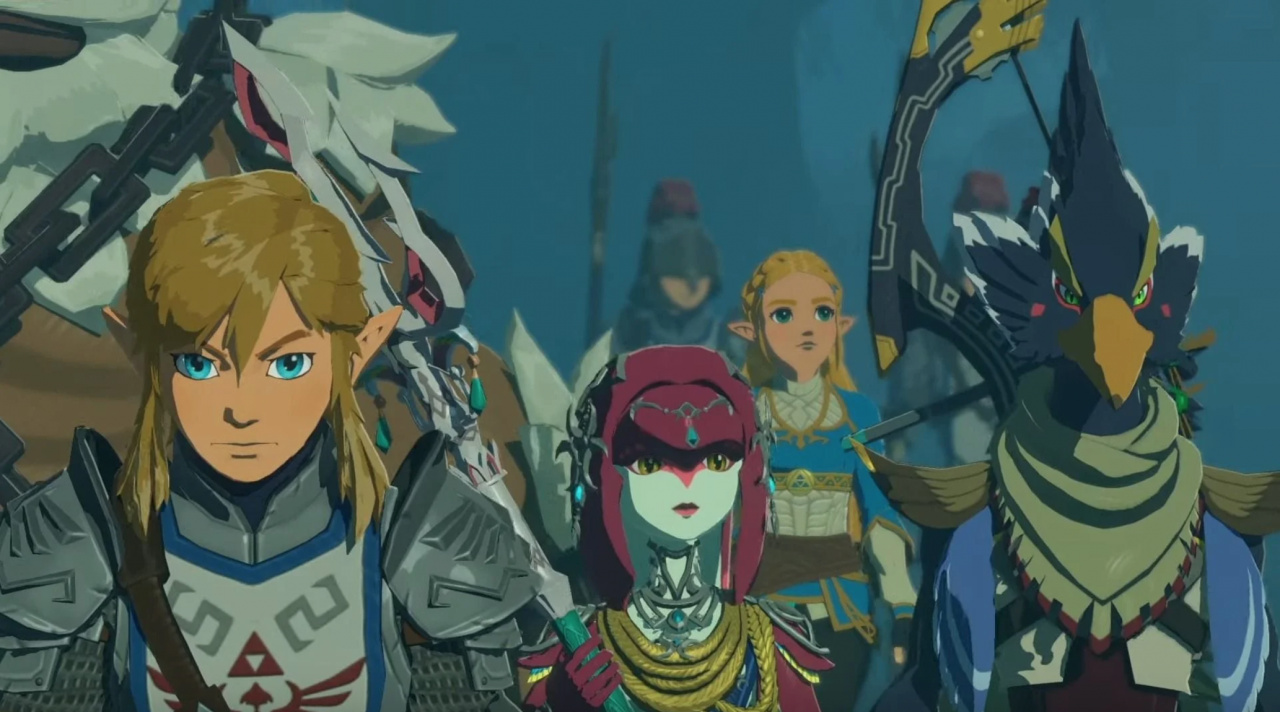 Only one week to go! The launch of Hyrule Warriors: Age of Calamity is drawing ever nearer – we're exactly one week away, in fact – and Nintendo's marketing for the title is starting to ramp up. Two TV commercials that have begun airing in Japan are currently available to view on YouTube, and you can check them both out for yourself below.
Nintendo Life - 13th Nov 16:11 - Nintendo, Japan, Video, Tv, Marketing, Youtube, YouTube, Launch, Is, The, Of, Hyrule Warriors, Ads, Warriors

The challenge and promise of DualSense | Opinion

But CEO Hiro Totoki says each unit will make a "negative contribution to earnings for the time being"
GamesIndustry International - 29th Oct 09:10 - Marketing, PS4, Sony, PS5, Sales, Launch, The, PlayStation

Ubisoft are paying £1 million for one trailer 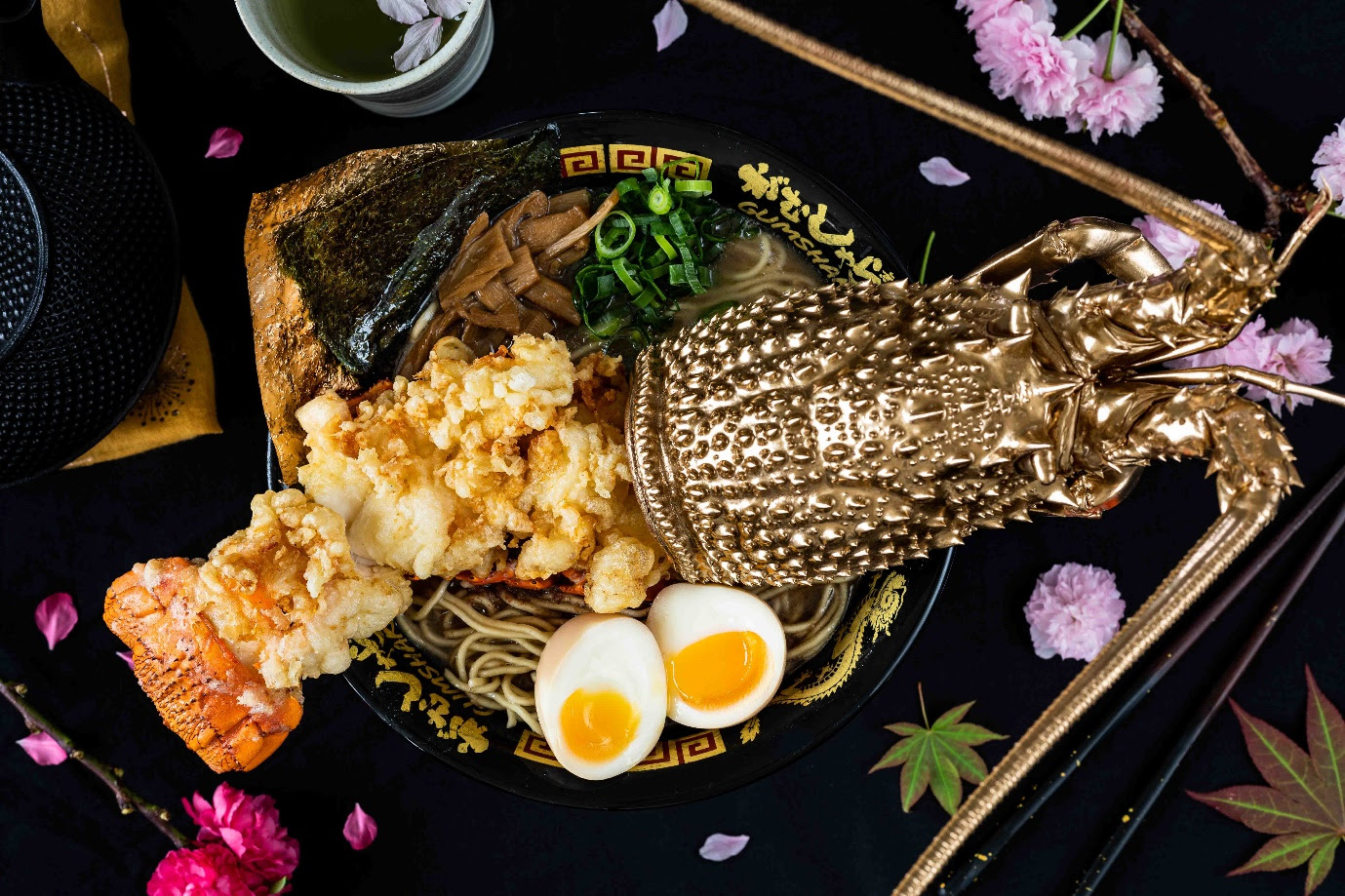 This Yakuza-themed ramen is worth AU$400

The new FIFA has the lowest Metacritic average in the series' history -- but does a game with a license to print money have any reason to evolve?
GamesIndustry International - 14th Oct 15:10 - Marketing, History, FIFA 21, The, Fifa, Metacritic, MetaCritic, Fifa 21, New, Game

Aaron Greenberg: "Does the price of a game even matter, if it's in Game Pass?"

Push and pull: How to build an in-game economy

Unity Technologies' Julie Shumaker explains how to knit together the key components of a robust and engaging game economy
GamesIndustry International - 7th Oct 12:10 - Marketing, How To, The, Of, Build, Game

In-app ad segmentation 101: How to split and analyse your players 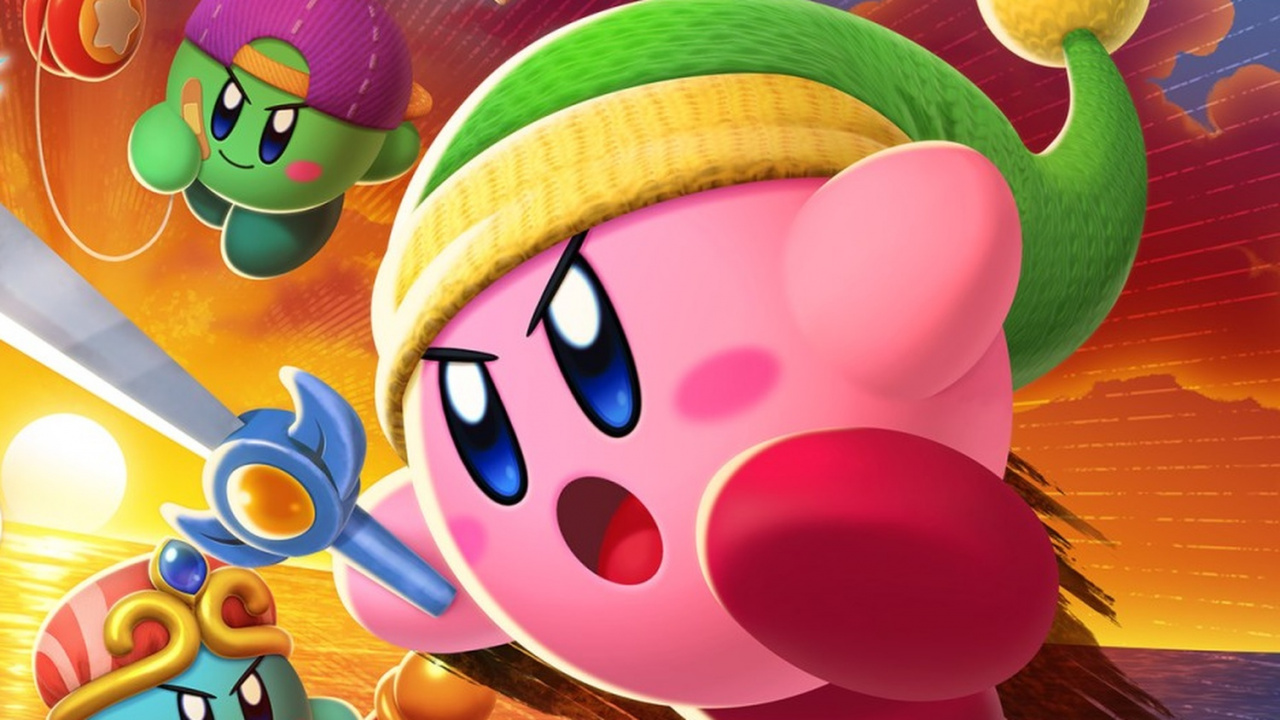 Doubling Nintendo's marketing efforts. Last week, Kirby Fighters 2 appeared on the Switch eShop out of absolutely nowhere, and the development team has shared a lovely piece of artwork to celebrate its release. The game's launch has been particularly odd, with Nintendo opting to quietly place it on the Switch's digital store with hardly any marketing beyond a tweet or two.
Nintendo Life - 30th Sep 10:09 - Nintendo, Nintendo Switch, Marketing, Tweet, Launch, The, Of, Release, Digital, Game, Eshop, Kirby, Kirby Fighters 2, Kirby Fighters

Resident Evil series will debut on Netflix in 2021