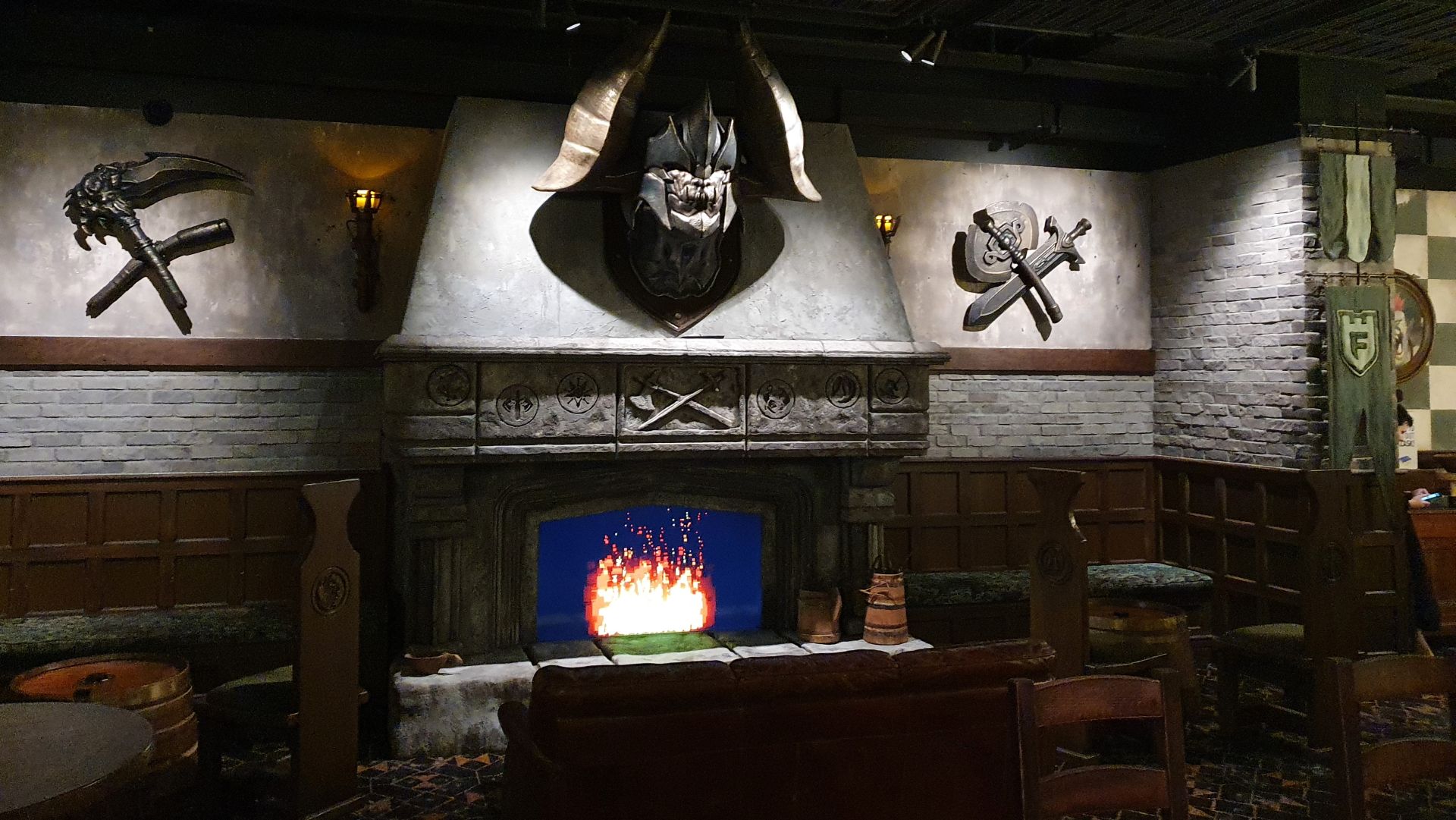 How one kickass gaming bar survived the pandemic

Fortress is Australia's biggest esports arena as well as a videogame bar, and it opened right before a nine-month lockdown.
PC Gamer - 14th Apr 04:04 - ESports, Esports, Pandemic, Lockdown, Australia, Is, The, Ar, It, And

The NFT Bubble Might Be Bursting, But Streamers And Esports Orgs Are Still Getting In On It

German-based esports data company will use the "investment to take on the US"
GamesIndustry International - 9th Apr 11:04 - Business, ESports, Esports, Data, Grid, The, Series 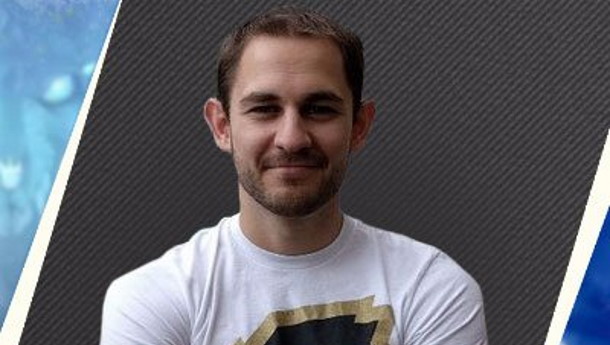 Blizzard said Nemeth has been banned from esports competitions due to allegations made against him.
PC Gamer - 8th Apr 21:04 - ESports, Esports, Blizzard, Hearthstone, Banned

The past year has not been kind to, uh, basically anybody, but Rachel “Valkyrae” Hofstetter is one the (generally wealthy) exceptions that proves the rule.
Kotaku | The Gamer's Guide - 7th Apr 23:04 - 100 Thieves, Esports, Draftesports Awards, Video Game Culture, Red Bull, Haag, Jack, Rachel, Valkyrae, Nadeshot, American People Of German Descent, Hofstetter, Video Gaming, ESports, Top, Organization, Is, The, Of, The Past 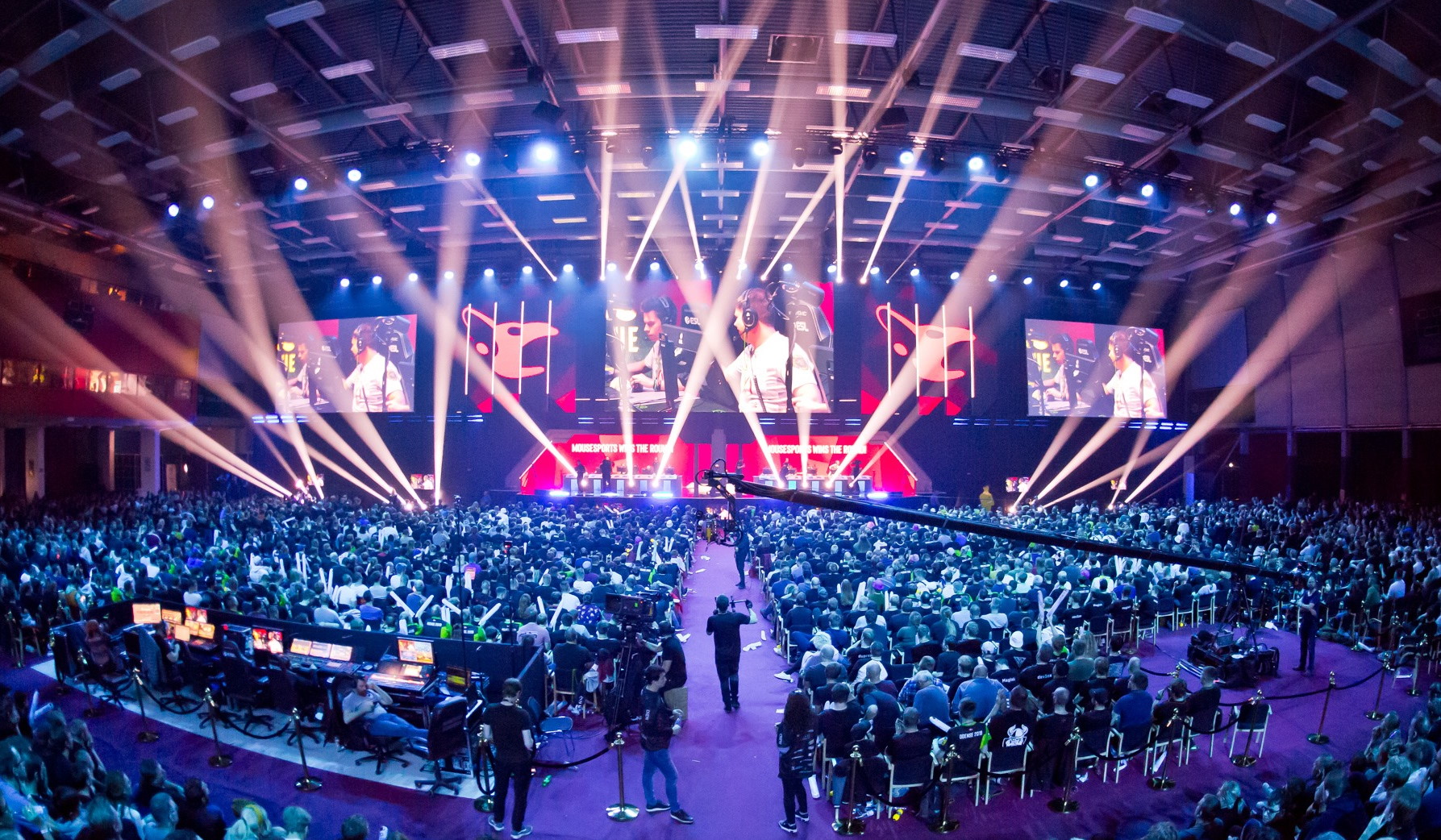 The esports regulatory body ESIC clarified that its collaboration with the FBI is ‘something we've always been doing.’
PC Gamer - 7th Apr 00:04 - ESports, Esports, Collaboration, Is, The, Match Fixing

The law enforcement agency is reportedly working with the Esports Integrity Commission on a case looking at the North American MDL
GamesIndustry International - 6th Apr 08:04 - ESports, Law, Esports, Is, The, Match Fixing, Case 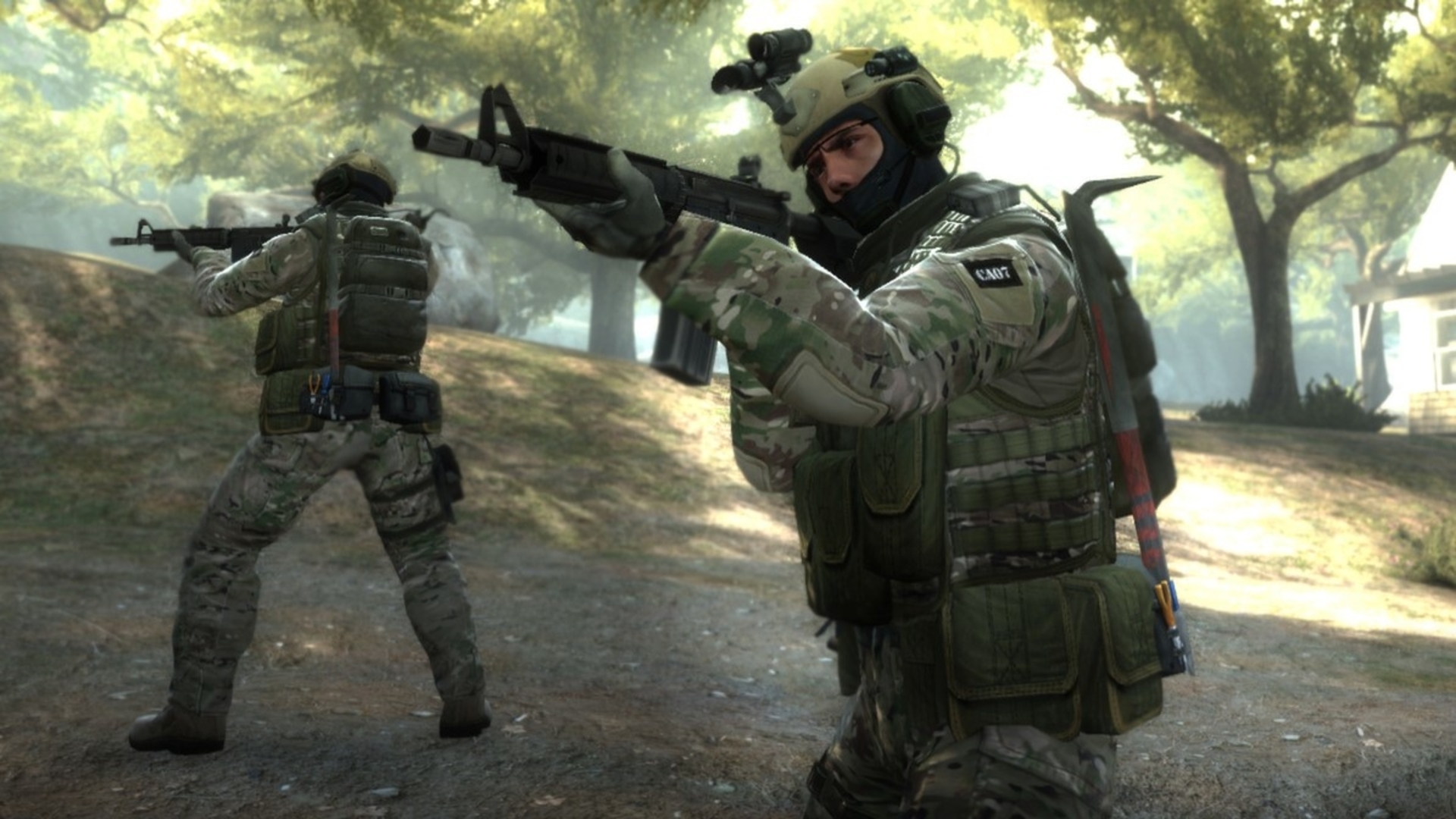 CS:GO pros in North America being investigated by FBI for match fixing

The FBI is reportedly investigating cheating in professional Counter-Strike: Global Offensive matches in North America. As spotted by Kotaku, the commissioner of the Esports Integrity Commission (ESIC), Ian Smith, said the organisation was working alongside the FBI on an ongoing investigation into "a relatively small but significant group of players over a long period of time, organising match fixing in North American MDL".
Eurogamer - 4th Apr 14:04 - ESports, Esports, Cheating, Counter Strike, Is, The, Of, Strike, Time, Kotaku, I, Ian, Match Fixing

With no EA Fight Night in sight, Esports Boxing Club looks like it's got a good shot

Esports Boxing Club is an in-development boxing game that certainly looks the part. It's in the works at Sheffield studio Steel City Interactive, and is due out in early access form on PC, and PlayStation and Xbox consoles. The video below runs through the fight mechanics and some of the career mode details, but it's the visuals that are the highlight. Read more
Eurogamer - 29th Mar 13:03 - Xbox, PlayStation, PC, Early Access, Electronic Arts, ESports, Mode, Playstation, Esports, Video, Ea, Steel, Is, The, Of, No, Game, City, Early, It, De, Game Companies, Info

Gfinity is no longer for sale 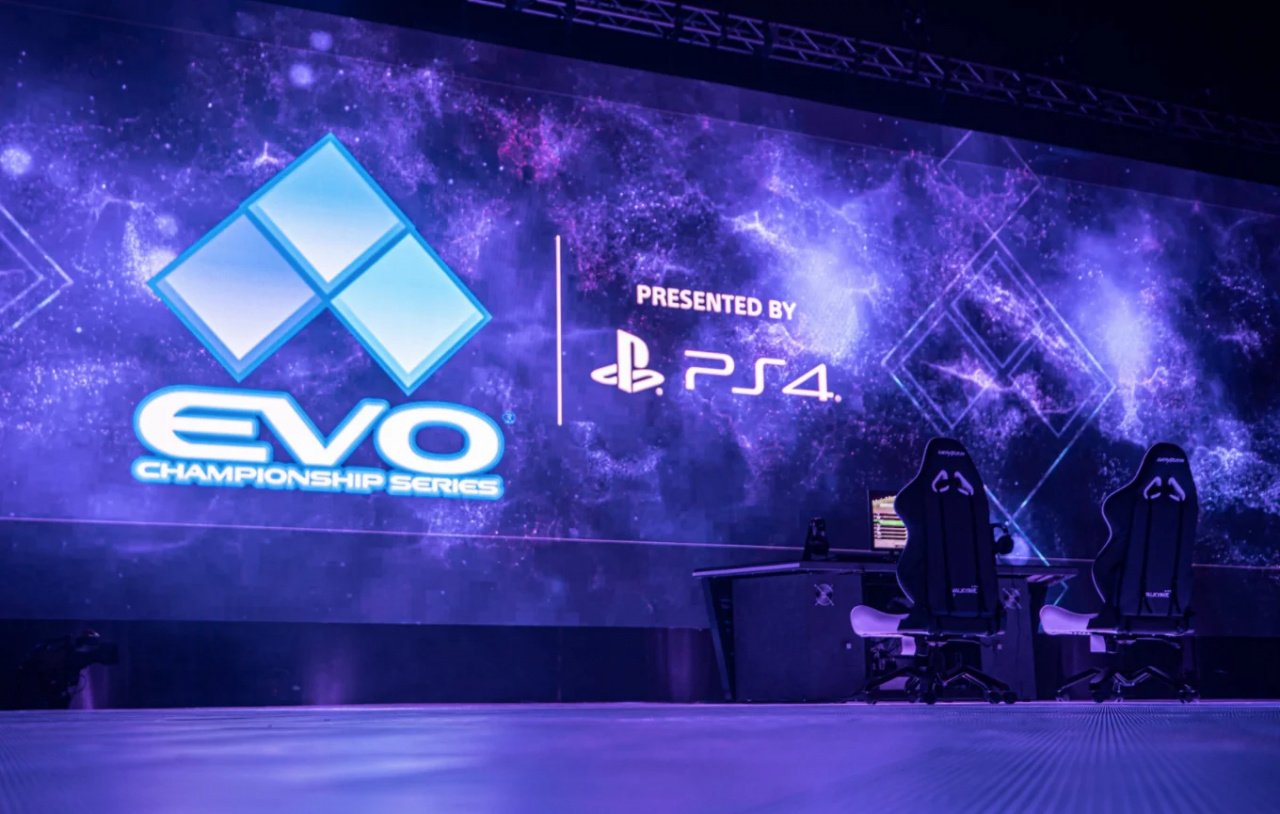 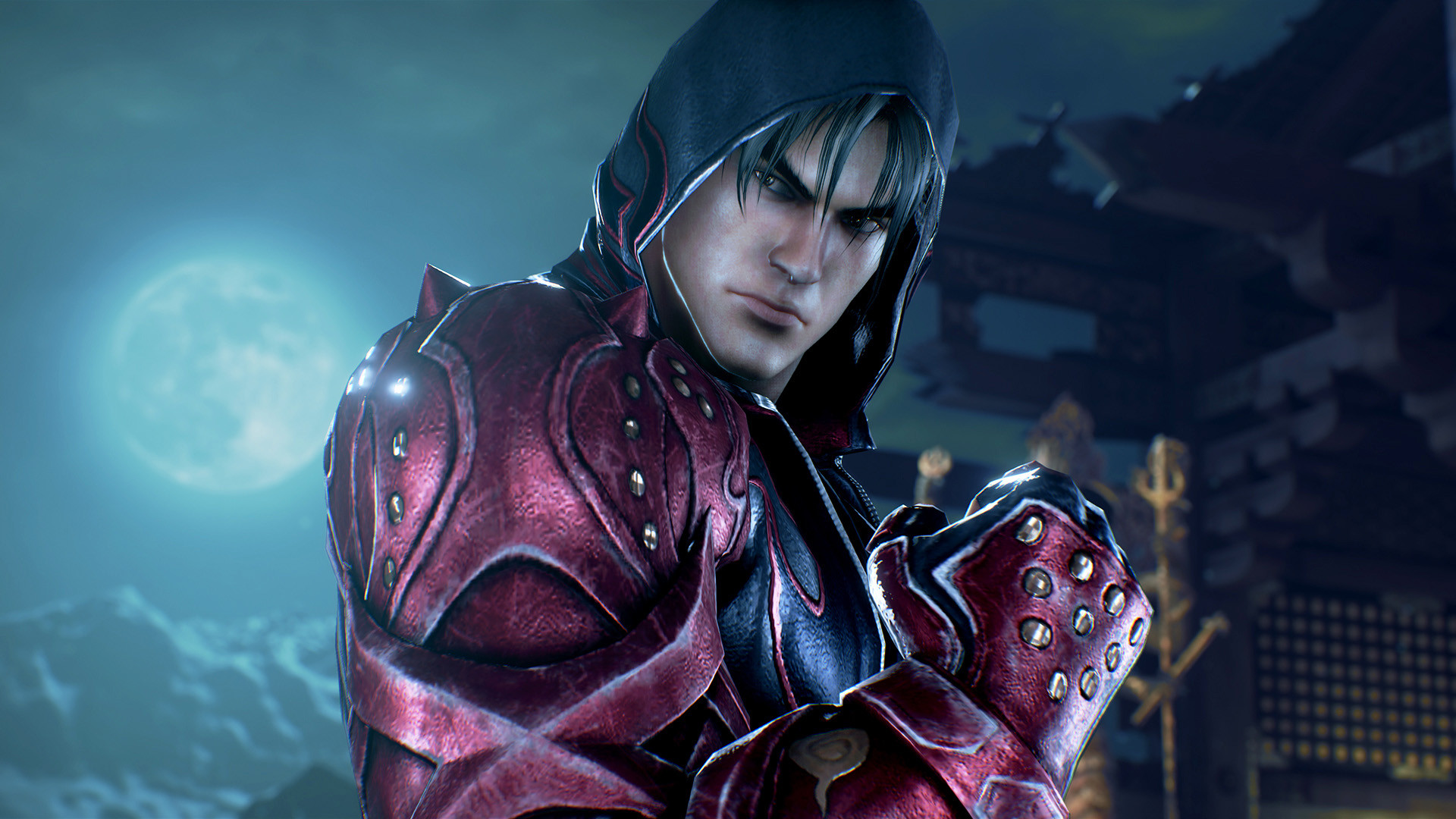 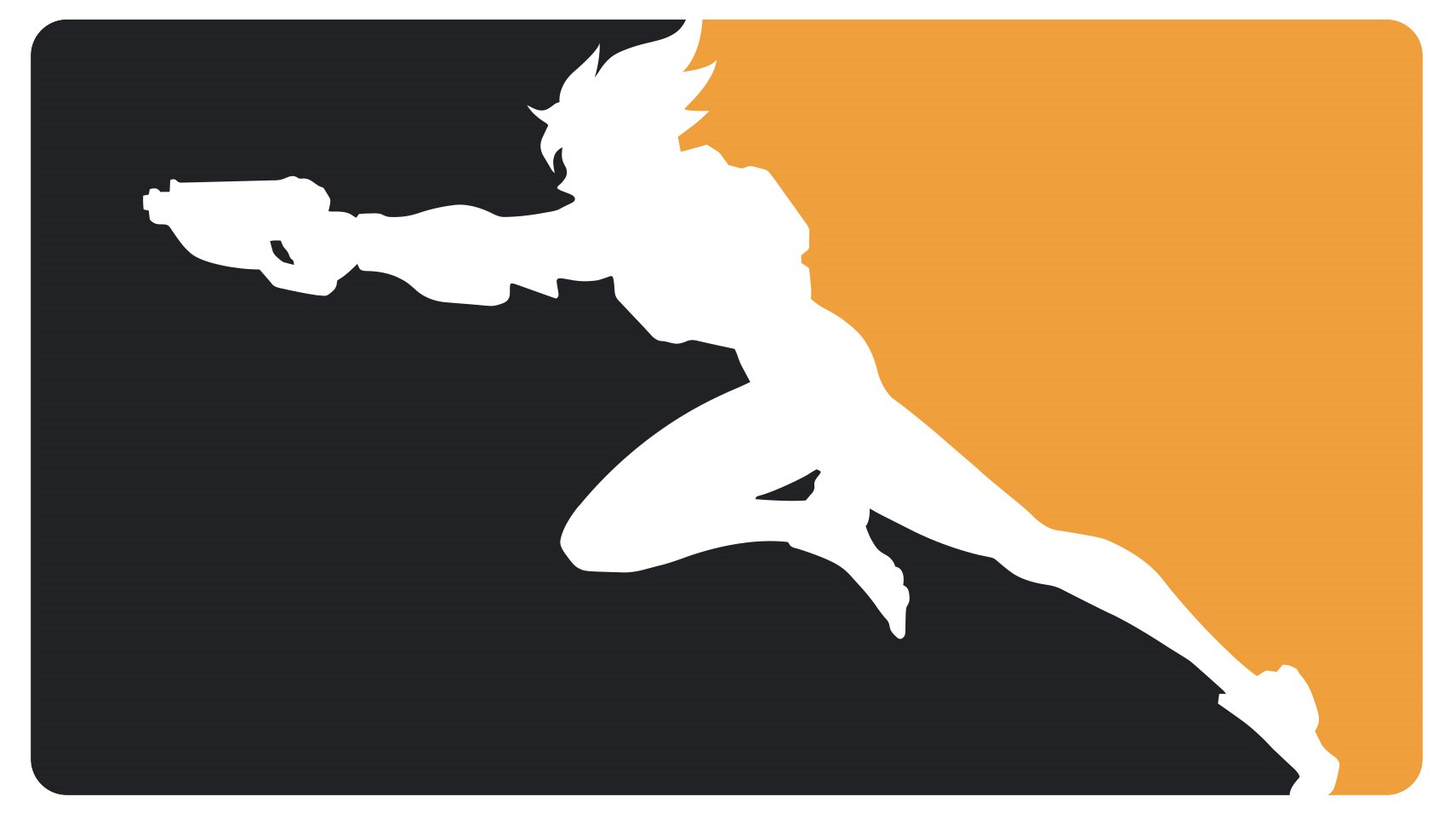 Amateur esports company expects to reach a US audience of 85 million monthly with the acquisition
GamesIndustry International - 12th Mar 11:03 - ESports, Esports, The, Of

Newzoo anticipates global esports market will grow to $1.08b in 2021

Sponsorship and media rights are expected to account for 77% of esports revenue in the coming year
GamesIndustry International - 9th Mar 15:03 - ESports, Esports, Media, Newzoo, The, Of, 2021, Account, Revenue, Ar

Global esports, game streaming markets to reach $3.5b by 2025 - Juniper 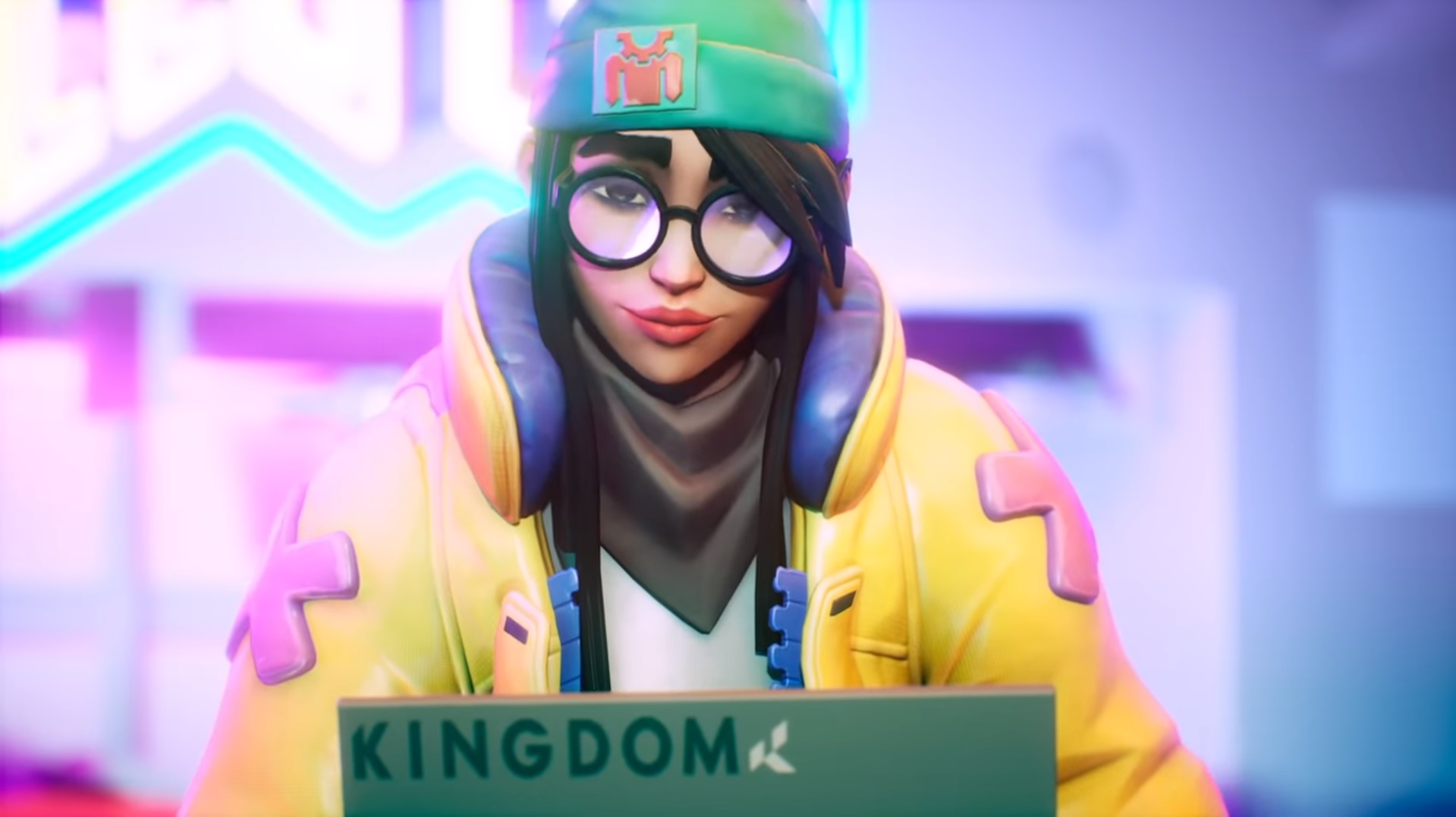 While esports isn’t something that all gamers tend to follow, its growth as an industry is undeniable.
PCInvasion - 23rd Feb 00:02 - ESports, Esports, Is, The, Industry, Ar 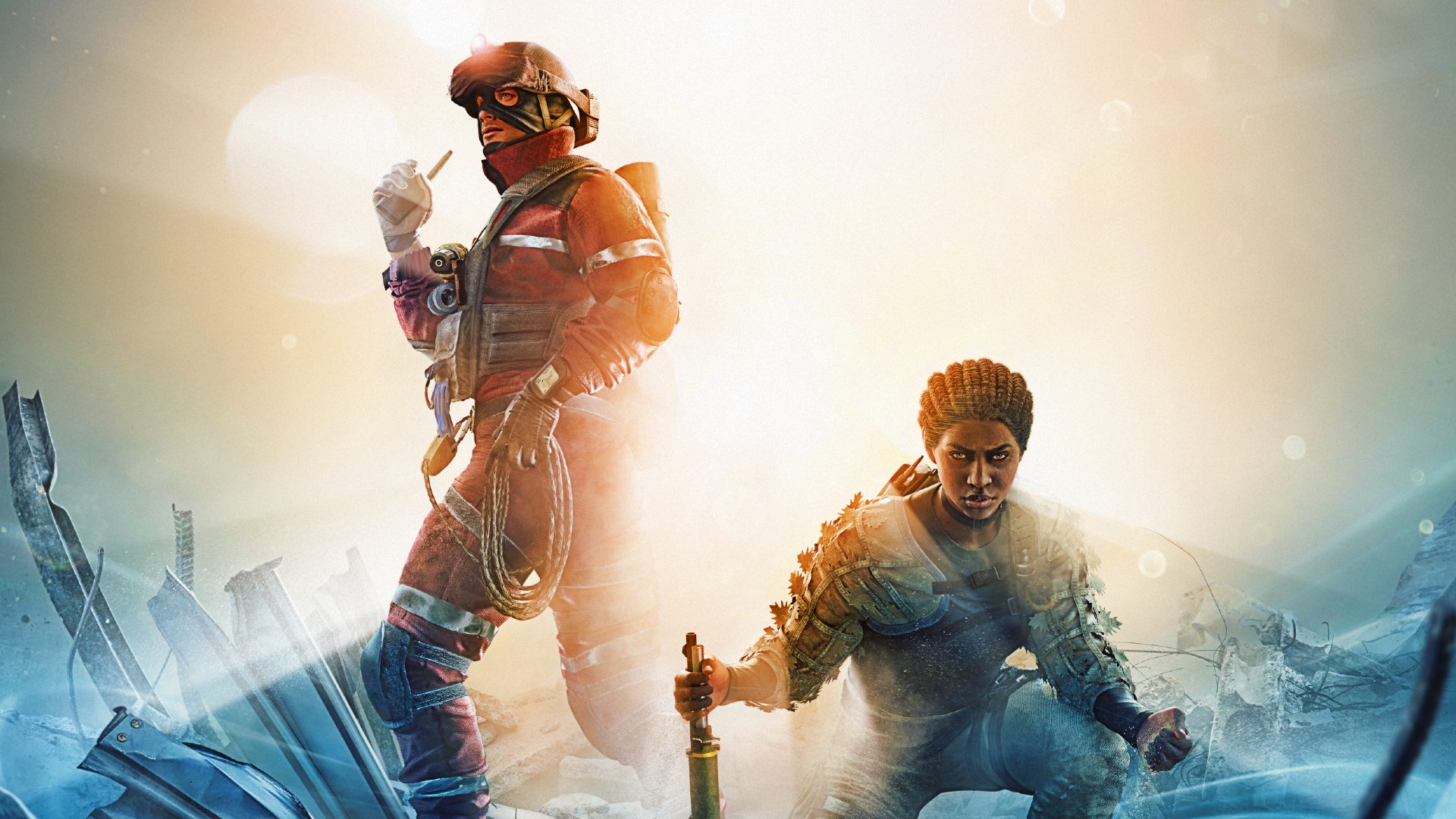 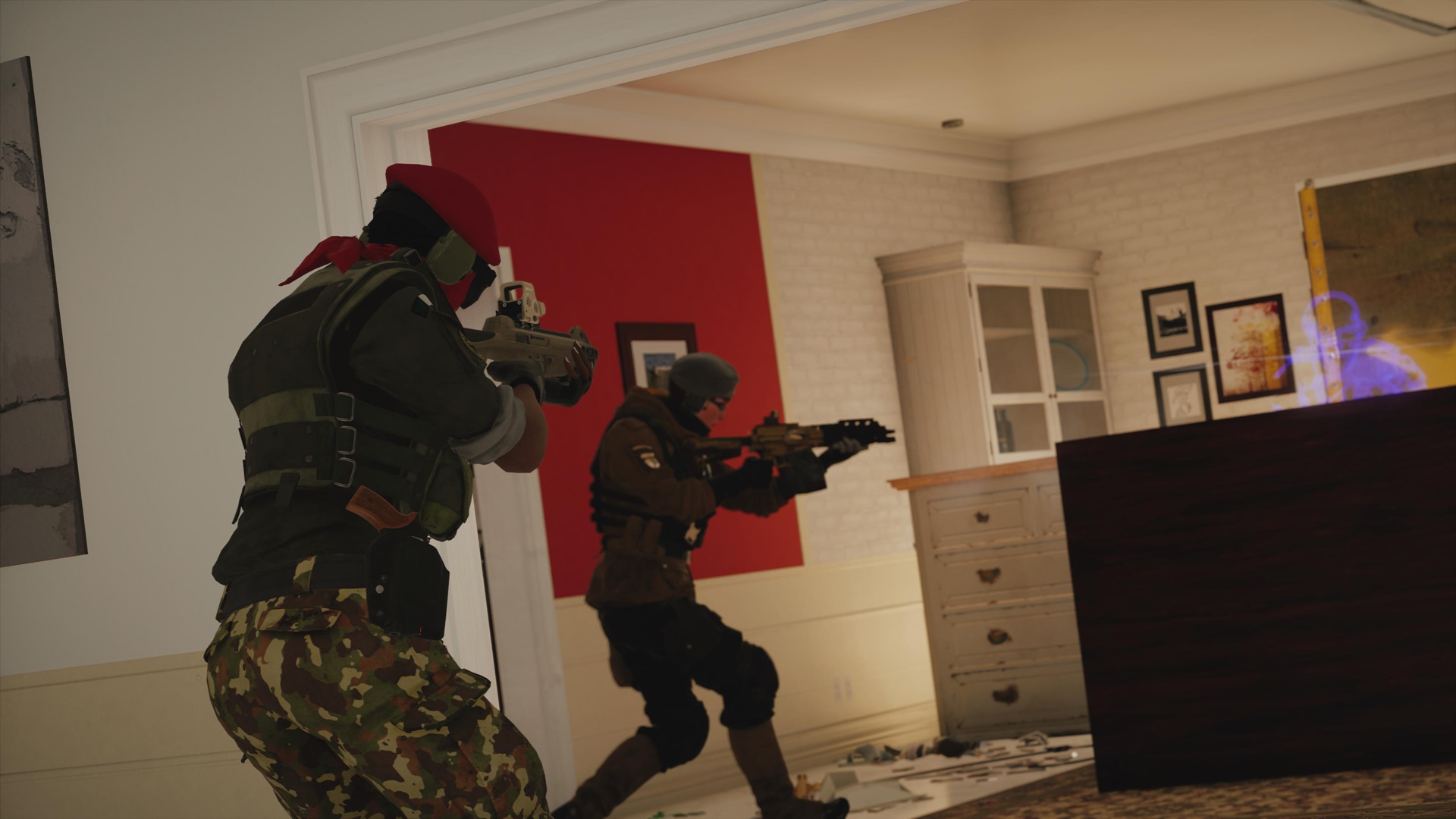 Rocket League February update is all about effects and esports

Only a few months after a number of professional Counter-Strike players received bans for betting on their own matches, the Esports Integrity Commission has issued sanctions “against 35 players for betting related offences”. Read more...
Kotaku | The Gamer's Guide - 24th Jan 23:01 - ESports, Esports, Bans, Counter Strike, The, Of, Gambling, Banned, Strike

35 pro CS:GO players have been banned for "betting-related offences"

Whoops, turns out betting on your own CS:GO tournament matches will get you in a hell of a lot of trouble with the Esports Integrity Commission.
Eurogamer - 22nd Jan 16:01 - ESports, Esports, Bans, Tournament, The, Of, Your, Hell, Whoops 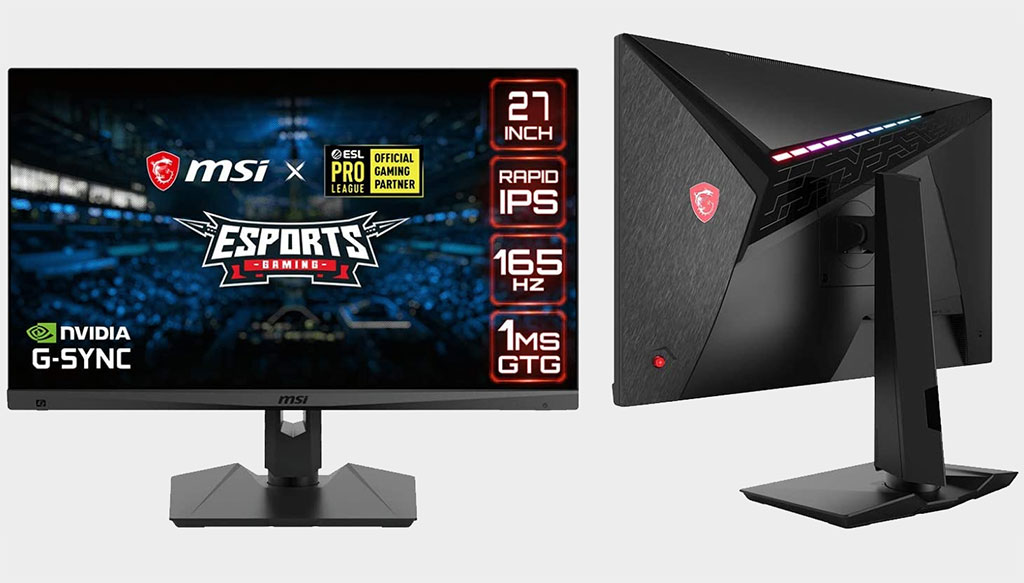 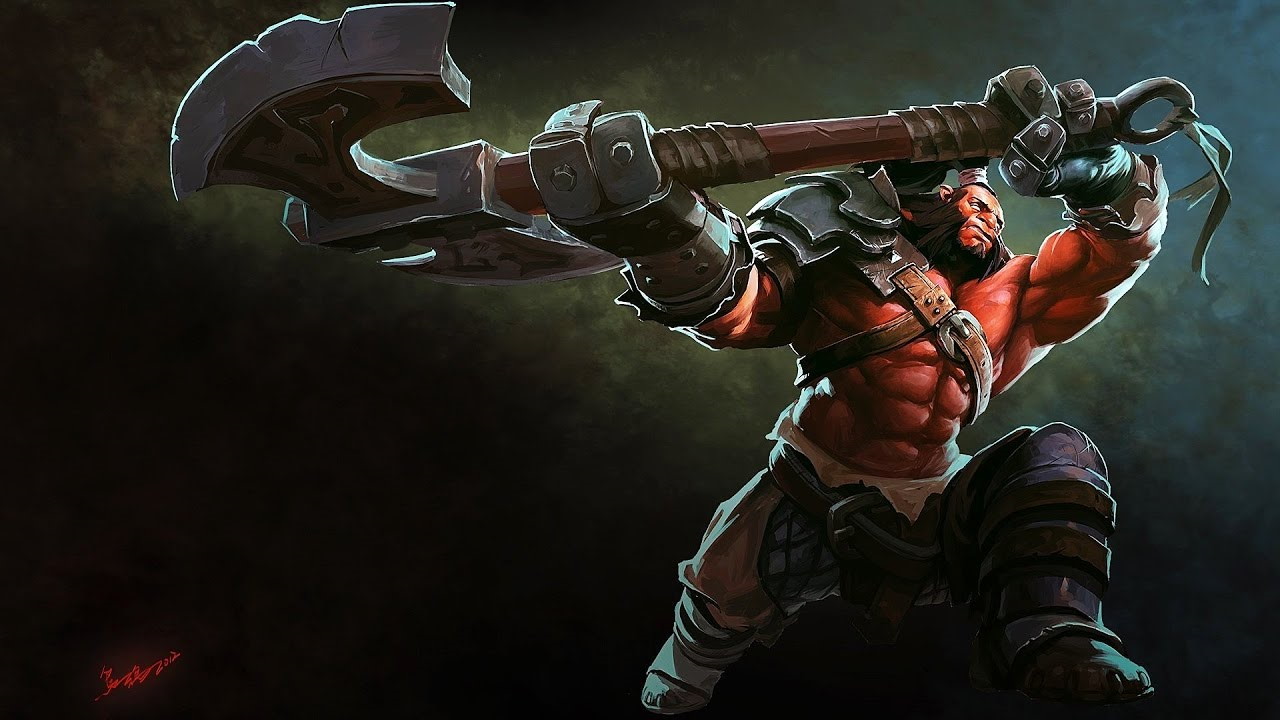 Valve permabans match-fixing esports club and five Dota 2 pros, including a former winner of The International 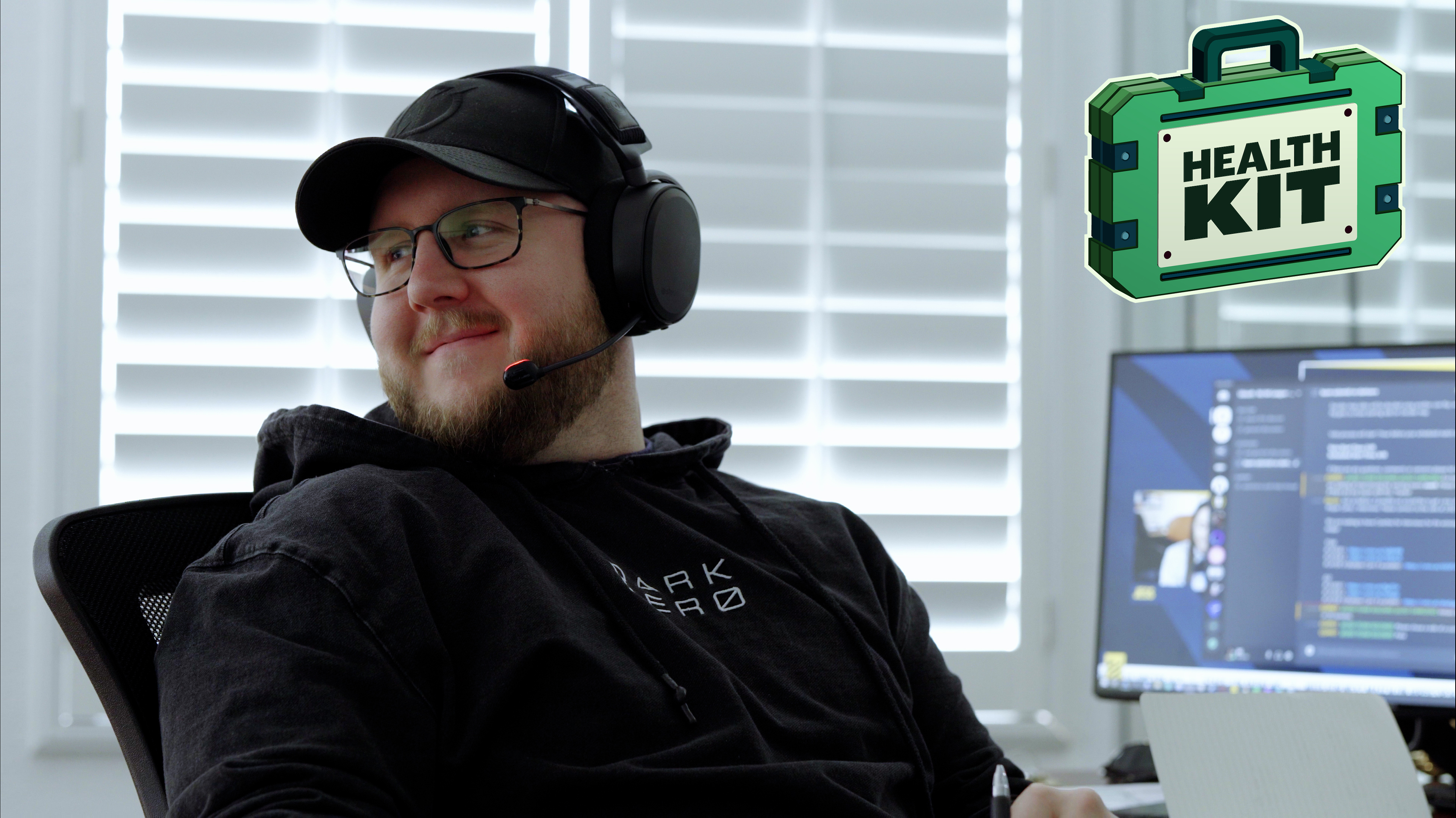 Professional gaming takes a bigger toll on the body than you might expect.
PC Gamer - 27th Dec 15:12 - ESports, Esports, The 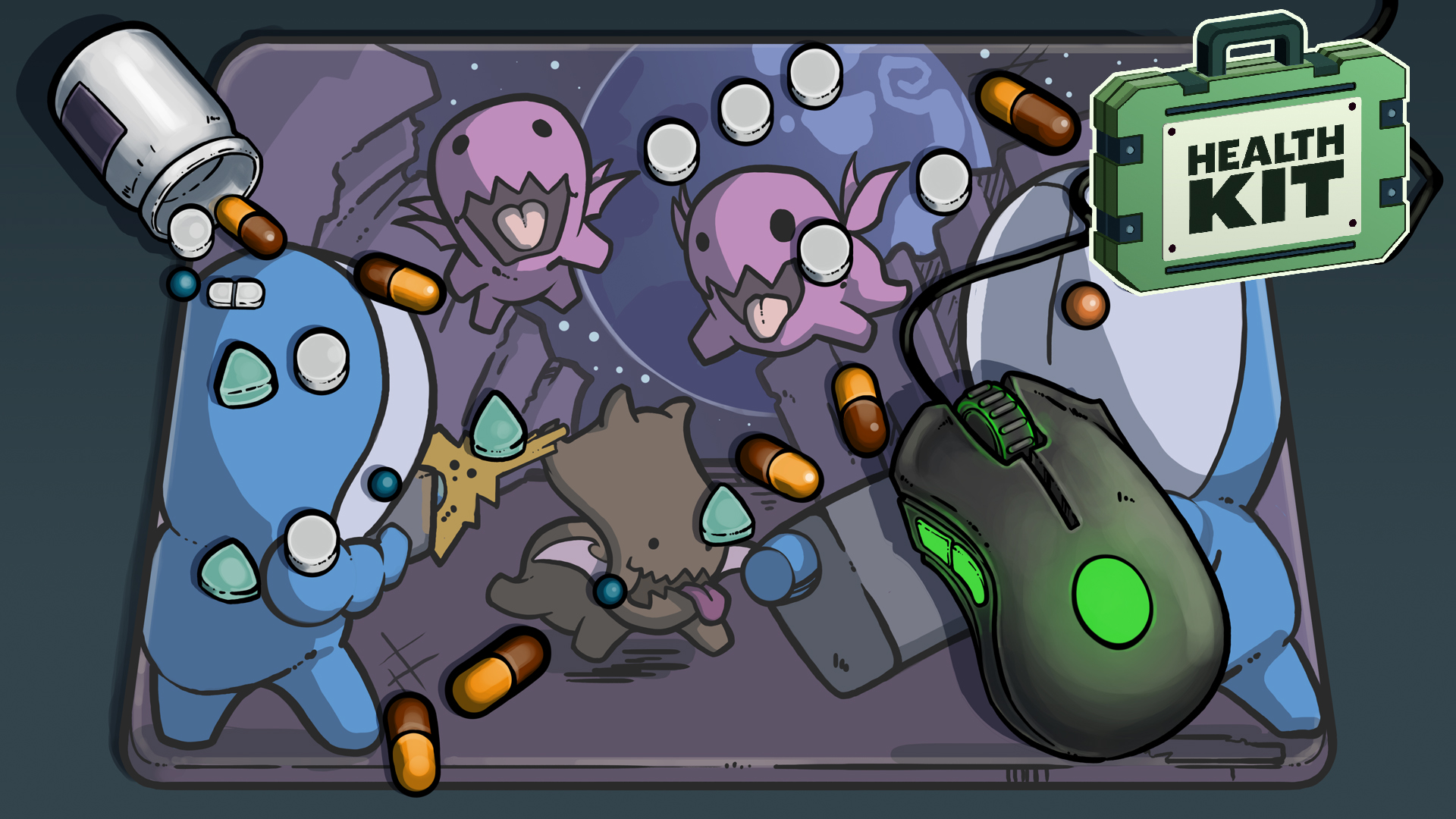 Clearing up misunderstandings about Adderall and other simulants, and the risks of using them if you don't have ADHD.
PC Gamer - 20th Dec 08:12 - ESports, Esports, The, Of, Adhd, Why

Esports to debut as medal event at Asian Games 2022 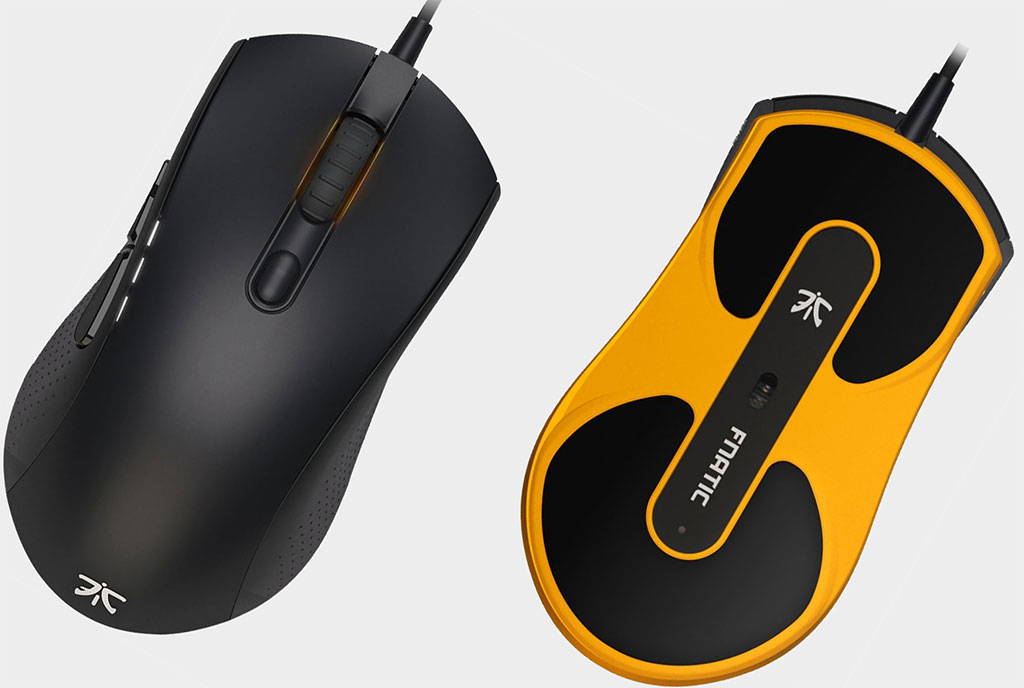 Fnatic’s Flick 2 Pro is built for esports and is on clearance for just $24.99

Save half off this speedy gaming mouse while supplies last.
PC Gamer - 16th Dec 14:12 - ESports, Esports, Mouse, Is, Save

Fnatic raises over £2m in crowdfunding 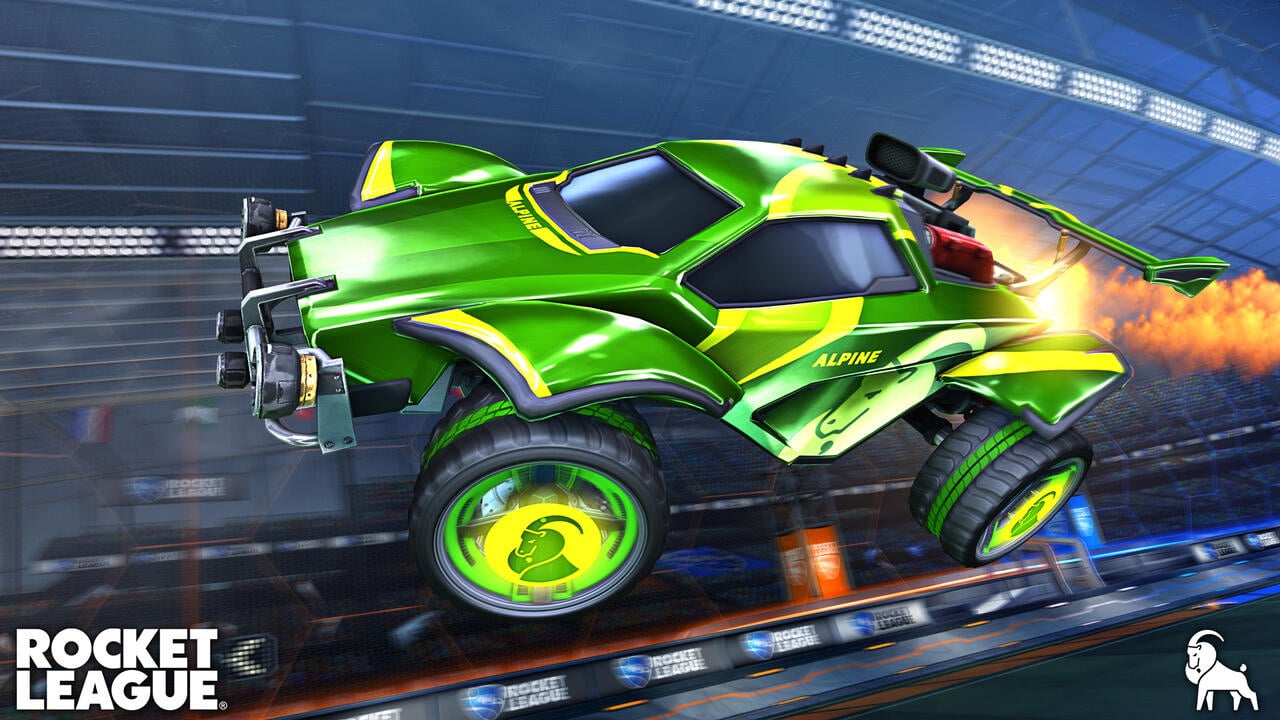 Rocket League's Esports Shop Is Getting An Overhaul Today 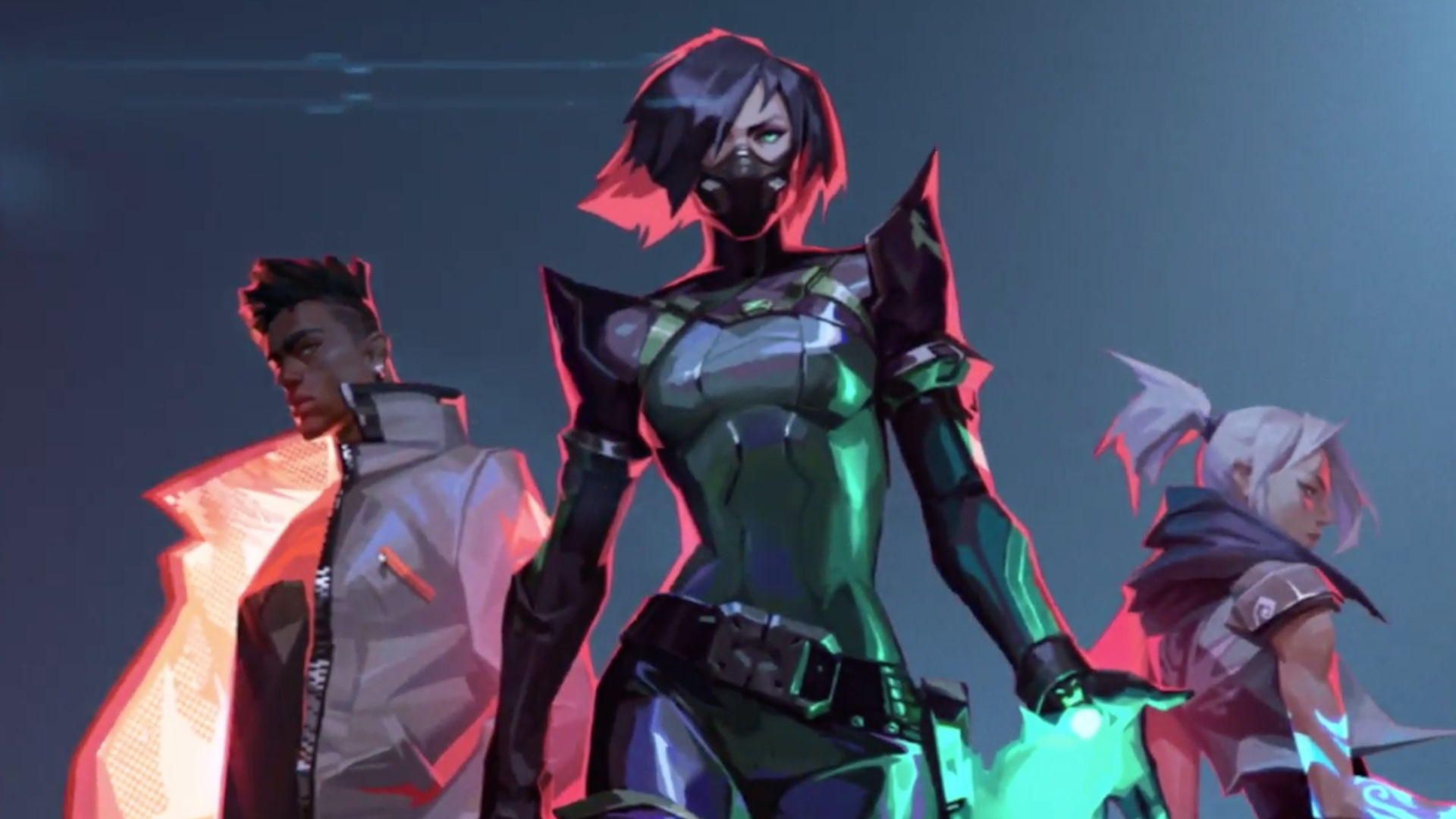 JBL Quantum Cup: How to Watch the Fortnite, Valorant, and PUBG Tournament

Here's everything you need to know about watching the JBL Tournament that will see esports professionals from around the world competing in Fortnite, Valorant, and PlayerUnknown's Battlegrounds.
IGN - 7th Dec 17:12 - Valorant, ESports, How To, Esports, Fortnite, JBL, JBL Quantum, Pubg, PUBG, Tournament, The

The company said that too much is "still unknown about what is practical and safe" due to the COVID-19 crisis
GamesIndustry International - 7th Dec 11:12 - Business, ESports, Covid 19, Fortnite, Events, Epic, Is, The, 2021, What

Gfinity acquires Epicstream as it seeks growth amid financial troubles 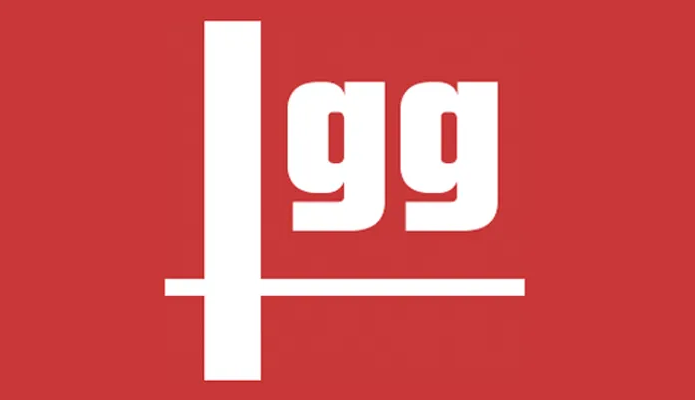 Gaming lifestyle brand Razer has announced the next stage in its Esports World Tour. In a new press release released this week, the brand has stated that the Razer Invitational - Europe - the next in a series of events which have so far taken place in Latin America and Southeast Asia - will focus on Fortnite in what it hopes to be an "inclusive" set of weekly tournaments. The invitational is set to feature up to 5,000 competitors, from across the European region, who will battle it out in six weekly tournaments taking place from December 10 through to January 30, 2021 (registration for the invitational is now open as of writing).
PCGamesN - 27th Nov 13:11 - Fortnite, ESports, Esports, Events, Razer, Tournament, Is, The, Of, Release, 2021, What, New, 000, Gaming Lifestyle, 30, America

CSGO’s Blast Premier series will be broadcast on BBC iPlayer

All eyes on esports: staying ahead of the legal hurdles

Esports bookie explains how to pick wonderkids in Football Manager 2021 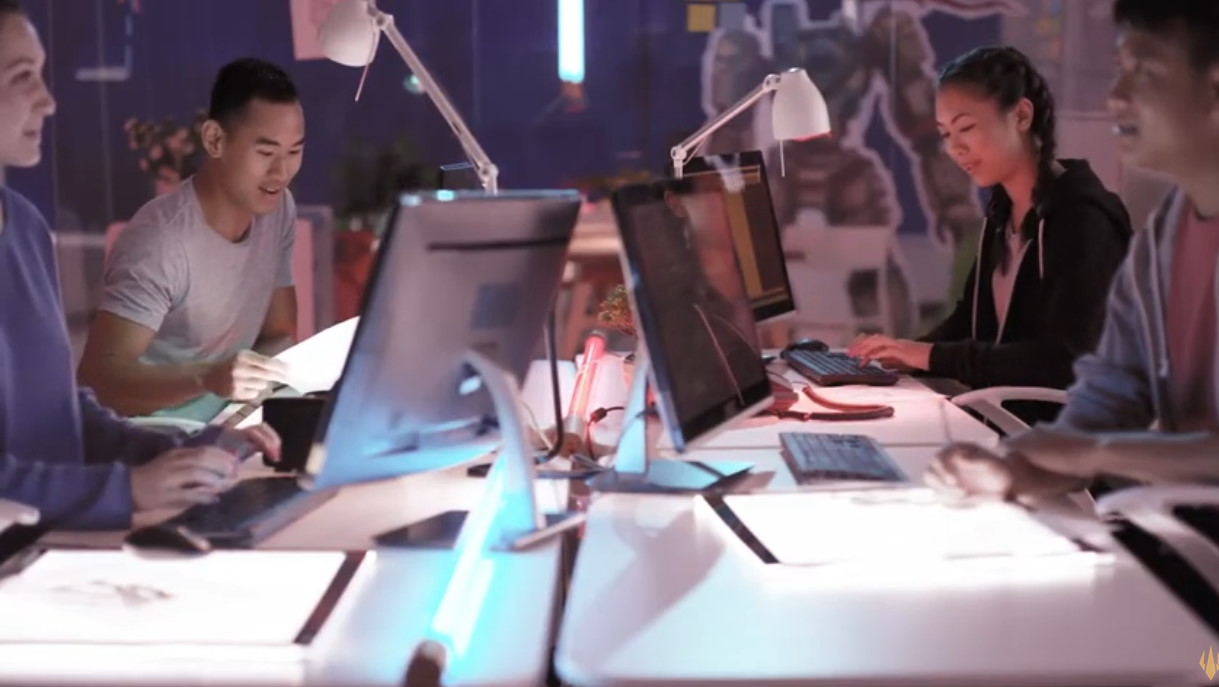 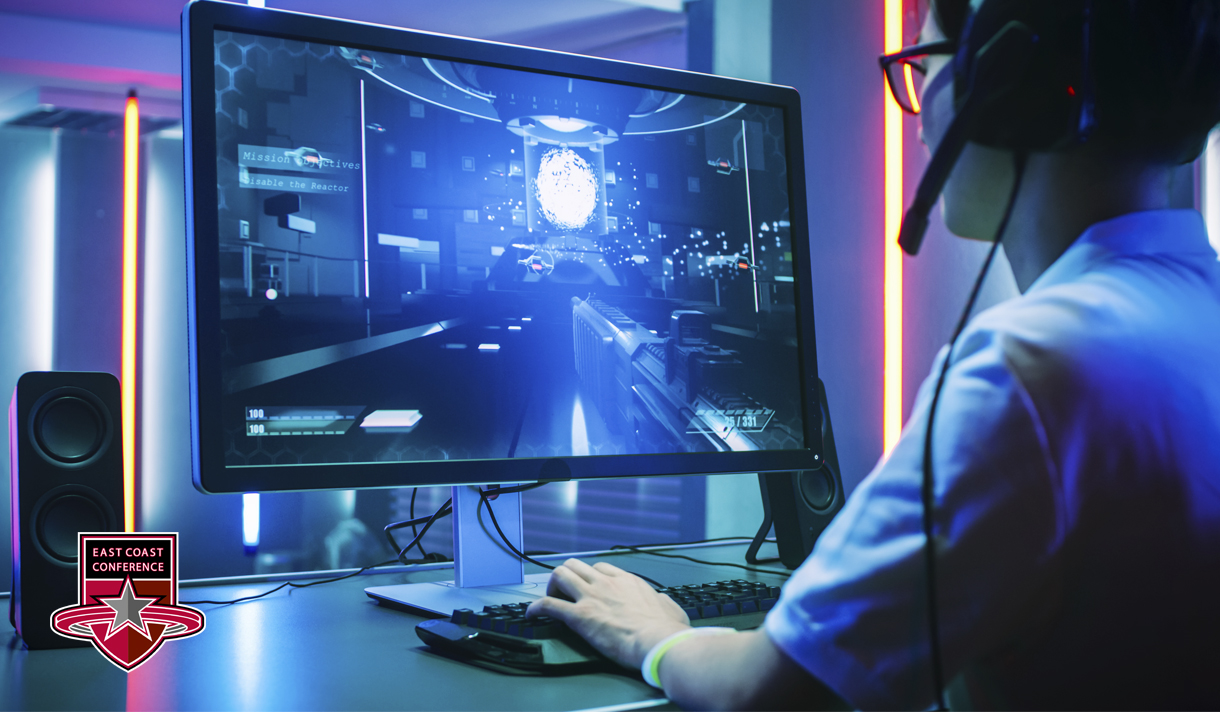 The conference will cover the state of esports, research, mental and physical health, and other related topics.
PC Gamer - 10th Nov 16:11 - ESports, Event, Esports, The, Of, Medicine, Experts, Physical

Video game adaptations for the big screen have been a matter of debate as to whether they should exist in the first place.
PCInvasion - 2nd Nov 15:11 - ESports, Esports, Video, The, Of, Big, New, Game, First

BuzzFeed’s making a comedy film about esports with Ellen Page

BuzzFeed is moving into filmmaking, and its debut feature will be about videogames.
PCGamesN - 31st Oct 16:10 - Comedy, ESports, Film, Esports, Is 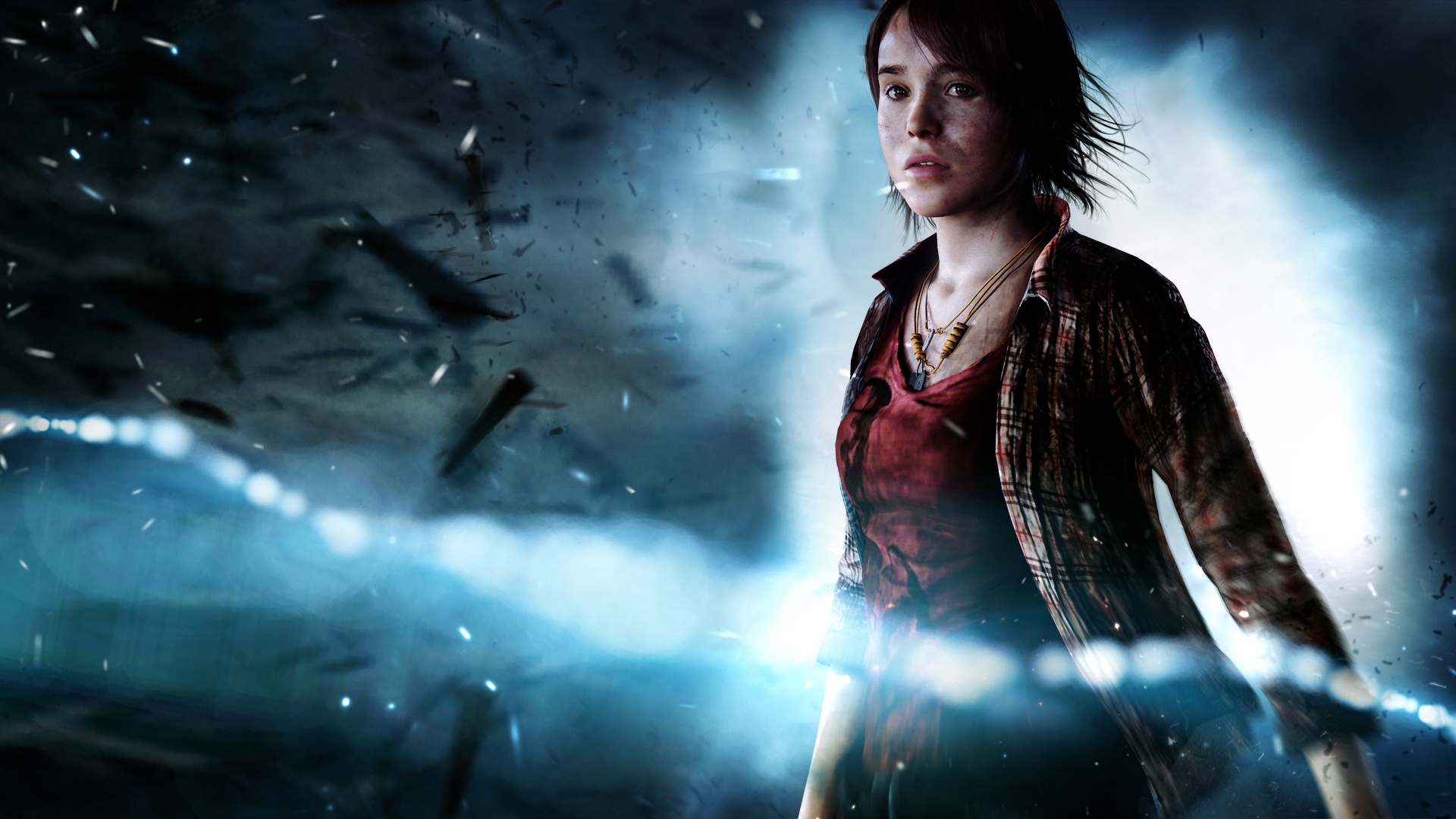 Operating loss for the year was £5.5 million as company ponders acquisitions, partnerships, or sale
GamesIndustry International - 29th Oct 23:10 - ESports, Sale, The, Of 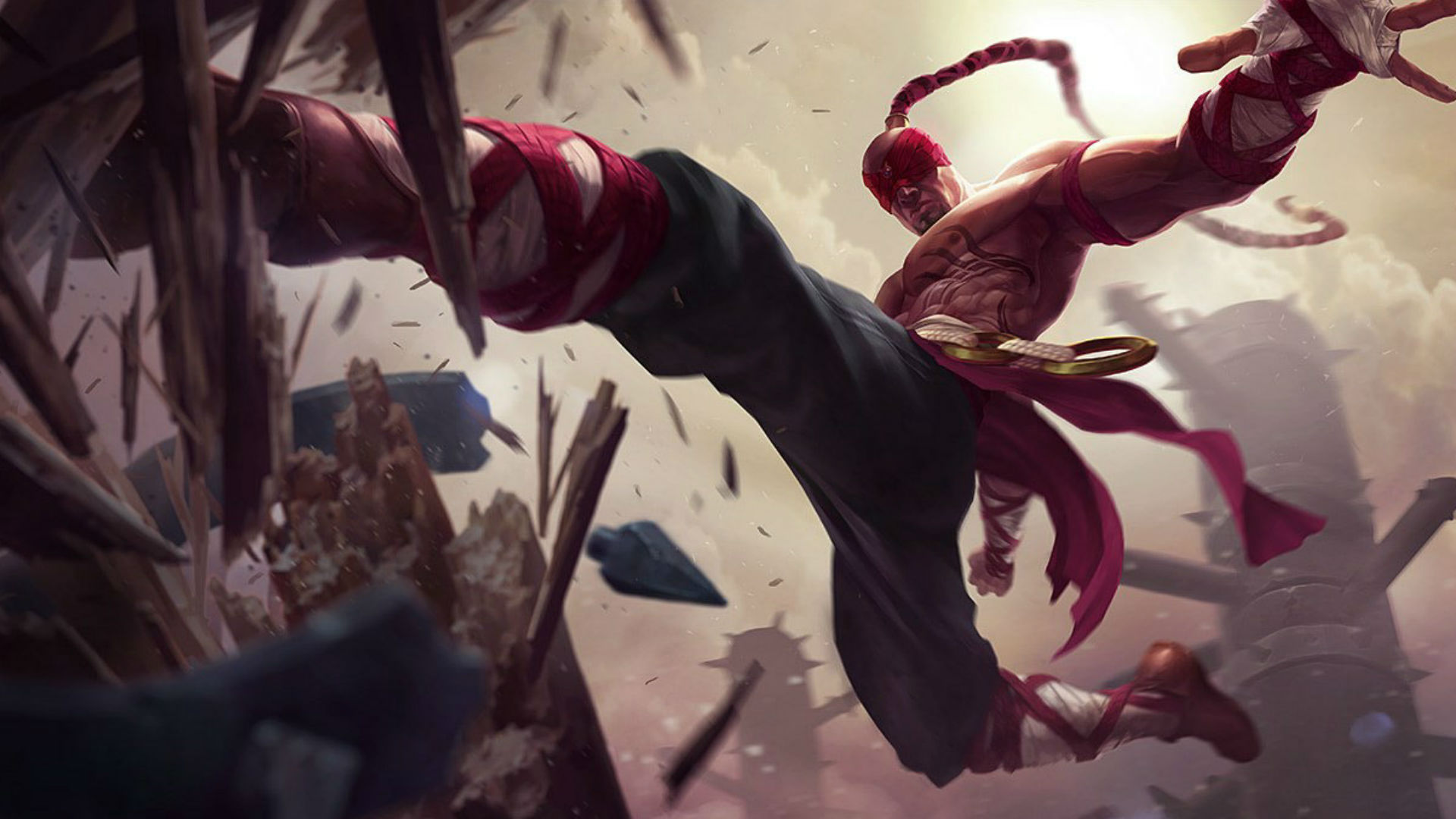 Now you can watch the biggest esports tournament in the world even if you have no idea what's happening.
PC Gamer - 29th Oct 00:10 - ESports, League Of Legends, Esports, Red Bull, Tournament, Is, The, Of, No, What, Legends, Stream, Bull

CS:GO pro players banned for betting on themselves

The accused had accomplices that were placing identical bets
GamesIndustry International - 26th Oct 13:10 - ESports, The, Banned

Tencent leads $100m Series B round in VSPN

Counter-Strike Pros Banned For Betting On Their Own Matches

We know you love PC games – now tell us how much you love esports, too

Well, hello there! If you're looking at this page right here, we're guessing you're a bit of a PC games fan.
PCGamesN - 23rd Oct 10:10 - League Of Legends, PC, ESports, Esports, Pc Games, Tell Us, Games, Of, Love, Fan

At this year’s Toyama Gamers Day in Japan, it’s only fitting that the prize for the game Fight Crab in the King Crab Tournament is, wait for it, crabs. Read more...
Kotaku | The Gamer's Guide - 21st Oct 10:10 - Snacktaku, Japan, Crabs, Fight Crab, ESports, Esports, Tournament, Is, The, King, Game

FACEIT, the company behind a whole bunch of competitive esports tournaments, has announced a collegiate program to develop players in CS:GO, Valorant, and League of Legends.
PCGamesN - 13th Oct 14:10 - League Of Legends, Valorant, ESports, Esports, The, Of, New, Legends 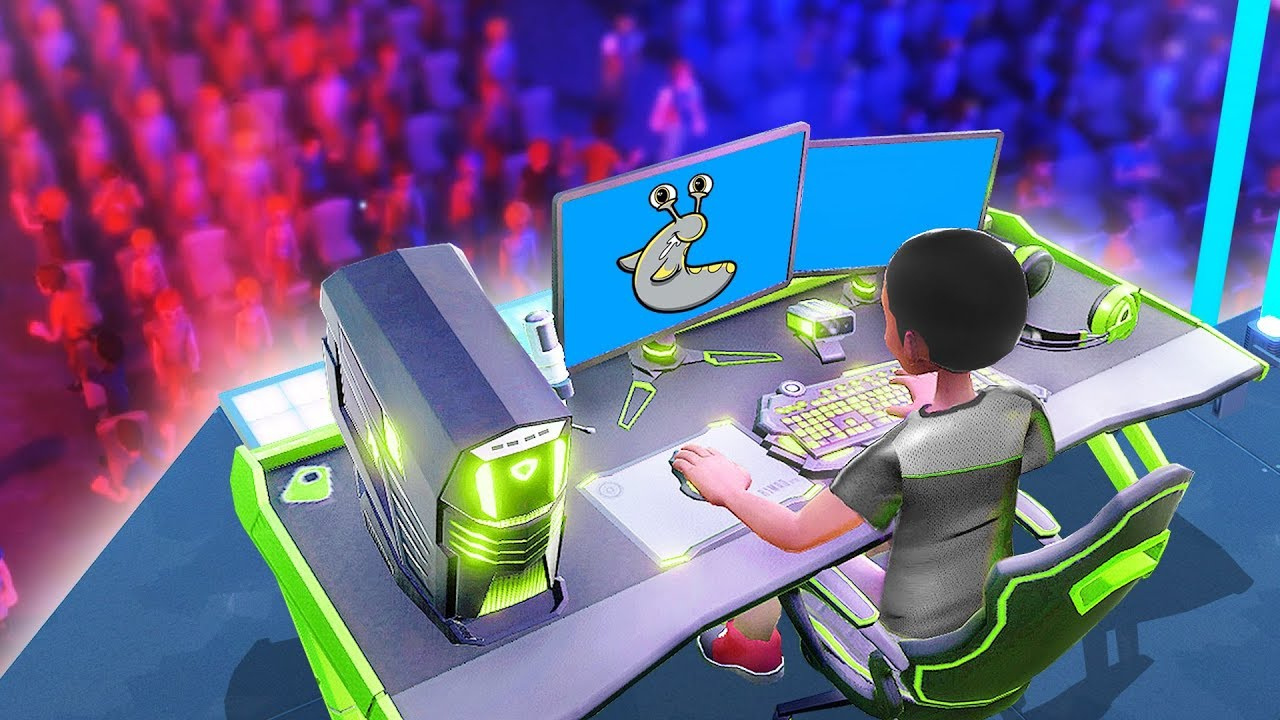 Launching on Switch this month. Ever wished you were a part of the ever-growing Esports gaming scene? Well, now you can be...
Nintendo Life - 9th Oct 10:10 - Nintendo, Nintendo Switch, ESports, Esports, Control, The, Of

Fire Leopard will compete in the King G-League starting next year
GamesIndustry International - 8th Oct 19:10 - ESports, The, Of, King